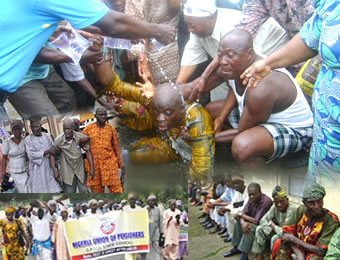 THE Pension Transitional Arrangement Directorate (PTAD) has decided to remove names of 23,089 pensioners from its pension payroll.

The names, according to a document in possession of the Nigerian Tribune include 2,220 retirees of the former Power Holding Company of Nigeria (PHCN).

The directorate has finally resolved to remove them from the payroll with effect from August pension payment.

Already, PTAD has written to the chairman, Nigeria Union of Pensioners (NUP) at the Abuja headquarters, to inform them of the decision to yank off the names of the 23,089 pensioners.

PTAD said it took the decision following the “review and analysis” of the field verification exercise it carried out for pensioners between April and November 2019 as well a follow-up exercise held at the PTAD headquarters, Abuja and the Lagos liaison office before the lockdown.

Affected are the pensioners of treasury-funded parastatals and the universities under the Defined Benefits Scheme.

When contacted, the NUP said it had just received a letter from PTAD on its decision to remove the names of a huge number of pensioners from the pension payroll, but warned the PTAD should be very careful in taking such a step, as it may be catastrophic.

The letter, entitled: ‘Removal of Parastatals Pensioners That Did Not Undergo

Verification From the Directorate’s Pension Payroll’ was dated July 9 and addressed to the chairman of NUP, national headquarters, Abuja, with special attention to all the national vice presidents of the parastatal.

Reacting to the development, the general secretary of NUP, Elder Actor Zal, said the NUP leadership would look at the list, scrutinise it and write a “strongly-worded” letter to PTAD on the need for them to be very careful and more than 100 per cent sure of what they are about to do.

“We want them to be very sure that genuine pensioners are not removed from the payroll unjustifiably, because experience had shown us in the past that people’s names may be carelessly removed from the list of payroll by mistake or semblance.

“It is always very easy to remove names from payroll by these agencies, but reinstating them back becomes an issue, despite regular visits of the affected persons to show evidence of being alive, being verified, and doing thumbprinting. They will begin to write letters upon letters.

“This money we are talking about is people’s pensions, it is people’s lives. Somebody that does not have any other means of income and you just yank him off from the monthly payroll, how do you want him to survive? So, we are appealing to PTAD to be very sure, check and re-check before carrying out this assignment.”