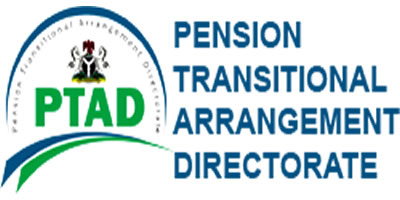 THE Pension Transitional Arrangement Directorate (PTAD), through its Divisional Manager, Mrs Christianah Adebote, has commended LASACO Assurance Plc for settling the legacy funds in its custody worth N1.063billion.

Adebote gave the thumbs up in Abuja when the company transferred the sum of N1.063 billion meant for pensions of six Federal Government parastatals under the Defined Benefit Scheme (DBS).

She gave the company a letter of clearance on behalf of the directorate and urged other companies that were yet to settle their obligations based on the directive to take a cue from those that have complied.

Adebote said the directorate, last year, issued demand notices on the insurance companies holding legacy funds meant for payment of pensioners under the Defined Benefit Scheme (DBS) to transfer outstanding funds into “our dedicated e-collection account with the Central Bank of Nigeria (CBN).’’

She explained that the Pensions Reform Act (PRA) 2014 vested all pension assets, funds and liabilities in PTAD and warned that it had become imperative for other concerned companies still holding onto the legacy funds to transfer them to PTAD without further delay.

She also noted that the intention of the Federal Government’s request for the release of these funds was to grow them for the prompt payment of pension to pensioners.

The General Manager (Marketing) LASACO Assurance Plc, Ademoye Shobo while collecting the letter of set off from PTAD, having fully paid the amount due, said the legacy funds managed on behalf of six Federal Government parastatals as required by section 42 of the Pension Reform Act (2014) was fully remitted in July 2017.

LASACO Assurance to raise N10bn aditional capital ahead of recapitalisation