Psychiatrists identify causes of high incidents of suicide in Nigeria 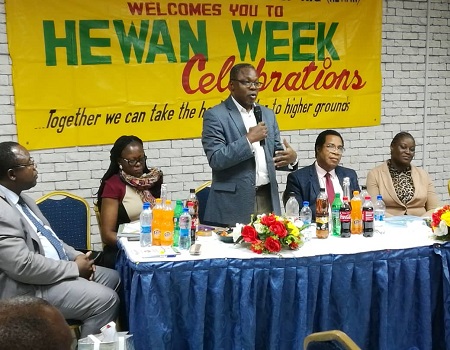 Dr Taiwo Sheikh, National President, Association of Psychiatrists of Nigeria (APN), on Tuesday blamed the high incidents of suicide in Nigeria on lack of prevention strategies and programmes.

Sheikh made the assertion at the ongoing Health Writers’ Association of Nigeria (HEWAN) Annual Symposium in Lagos, with the theme: “Rising Incidents of Suicide, the Way Out’’.

He said suicide was the second leading cause of death, especially among youths, adding that the government needs to prioritise every form of an intervention programme to prevent the trend.

According to him, for every death by suicide, 20 to 25 more have attempted same.

“Since the year 2000, national prevention strategies have been established in 28 countries of the world and there had been a decline in suicide rate in those countries.

“In Europe, they have 13 programmes, America has eight, Western Pacific has five, South East Asia has two programmes while in African and Nigeria, we have zero-intervention programmes.

“So, you can understand why the suicide rate is on the increase here in our country. It is declining in those places because they have put certain things in place.

“Like in Europe, they have blocked access to different means of suicide such as changing the design of their bridges so that people don’t go and jump to death.

“America too is blocking access to firearms and harmful medications.

“Here in Nigeria, we are talking about banning the sale of ‘Snipper’,” Sheikh said.

He said APN was in collaboration with the Suicide Research and Prevention Initiative (SURPIN), to drive community awareness programmes and provide social support in the country.

“We also do online and telephone counselling, as well as training of healthcare practitioners on how to provide support.

“People who engage in suicide do it to solve a problem, but not to die. We believe that if there was help in terms of social help, they will not carry out suicide.

“The government should also work on improving our healthcare system.

“A very good healthcare system will put in place prevention strategies that will respond swiftly and adequately to cases of suicide in the country,’’ Sheikh said.

Also, Prof. Akin Abayomi, the Lagos State Commissioner for Health, promised that the state government would double effort to provide quality healthcare for residents to boost their mental wellbeing.

In her remarks, Mrs Chioma Obinna, President of HEWAN, promised that media would continue to hold government accountable via objective and factual reporting.

ANALYSIS: Like Dariye, Orji Kalu will enjoy full salary and allowances from prison

What operates in Nigeria’s NHIS is an aberration — Odukoya, Vanguard Pharmacy

Dementia cases set to triple by 2050