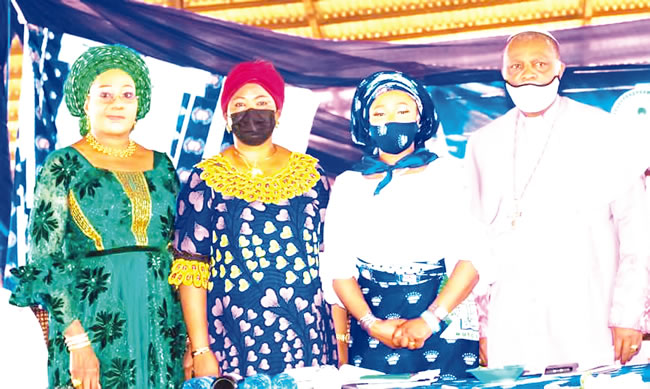 Wife of the Ogun State governor, Mrs Bamidele Abiodun, has reiterated the need to protect women and the girl-child from abuse.

Speaking at the Eighth Triennial Convention of the Mothers’ Union of the Church of the Lord Worldwide, Mrs Abiodun called on religious groups and prominent people in the society to support the cause.

Represented by the Commissioner for Women Affairs and Social Development, Honourable Funmilayo Efuape, Mrs Abiodun urged victims of abuse and violation to speak out for assistance.

Also, the guest speaker on the occasion and former speaker, Ogun State House of Assembly, Honourable Titi Oseni-Gomez, lauded women for their important role in the society.

According to her, women and the girl-child ought to be honoured and celebrated, not abused.

In her own contribution, the National Programme Officer for United Nations on women issues, Mrs Patience Ekeoba, noted that gender violence manifest in different forms.

She, therefore, urged the society to rise in unison against it.

The Primate of the Church of the Lord Worldwide, His Holiness, Most Reverend (Dr) Rufus Okikiola Ositelu, also admonished the Church, private sector and other religious organisations to rise against gender violence.

Meanwhile, the president of the Mothers Union, Spiritual Mother Superior Mary Ositelu, was elated that God has helped the union to build a community of godly women.

A new magazine and an endowment fund for the union were also launched.

The union was established in December 1999 by Primate Rufus Ositelu, and this year’s convention had the theme: ‘Fearfully and Wonderfully Made’.

Some of my colleagues took my jobs, convinced producers not to cast me —Adunni Ade