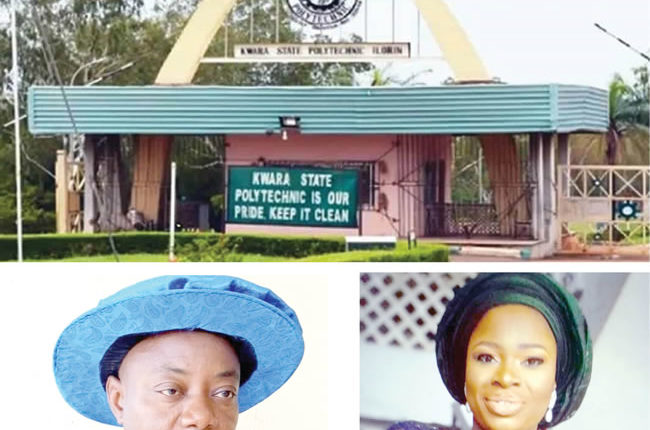 Rukayat, who is very disturbed by the development said the alleged impersonator is currently serving in Oyo State and would be through with the one-year programme in less than three months’ time.

Rukayat studied Accountancy both at the OND and HND levels at the Kwara State Polytechnic and graduated with Lower Credit in 2021.

She was happy for the achievement and her school already mobilised her for the NYSC programme alongside her classmates but she couldn’t go ahead with the registration last year because her certificate was not released.

“I was worried about the delay in releasing my certificate particularly when I learnt all my classmates and friends had collected theirs and registered for the NYSC programme. I kept going to the school to demand for my certificate and each time, I would be told my certificate was still being processed.

“I couldn’t understand why it was so because I knew I had no carry-over subject nor indebted to the school, the two conditions upon which the school could hold on to my certificate,” Rukayat told Nigerian Tribune.

After much pressure, the school eventually released her certificate early March this year and off she went to one of the NYSC approved CBT centres to register for the programme as part of the current 2022 Batch ‘B’ corps members.

But Rukayat, now with her certificate, got the shock of her life when she was told by the person who wanted to handle her registration at a CBT centre that she had already registered on the portal.

She was told that all her school details such as full names, matriculation number, course of study, grade, year of graduation,  NYSC Call Up Number, and so forth were already uploaded on the portal and with a passport photograph of the acclaimed owner, who is a lady.

“I saw the profile myself on the portal and printed it out.  It was as if I was dreaming because it was strange to me. I never thought somebody could use another person’s certificate let alone my own to participate in the NYSC programme. All the details on the profile except the phone number, gmail account and the passport photograph, are real information about my person. And I didn’t know how the person got to know them.

“The man at the CBT centre  was also surprised and asked me repeatedly if I was sure I wasn’t the person who initiated the registration and I said I was not.”

When asked if the case could then be that of a mistaken identity, Rukayat told Nigerian Tribune that the matter is far from such for many reasons.

According to her, she has no classmate sharing surname with her and the face of the lady in the photograph on the portal is not known to her.

Having such thought in mind, Rukayat said she went back to school to complain of the strange incident.

Her first port of call was to the head of the Directorate of Students’ Services, Dr A.S. Ajadi, who advised her to put her complaint in a written format and address it to the school registrar, which she did.

Based on the complaint letter, she was invited by the registrar and at that time, her studentship registration profile had been provided which she confirmed to be hers.

“Right there, the phone number of the person, who is impersonating me, was called and she answered the call. When she was asked of where she graduated from, she said KWASU, which is the Kwara State University whereas the NYSC Call Up Number on the portal clearly stated KwaraPoly and my matriculation number and other details.

“So, in the process of probing her further, her line went dead and subsequently, she didn’t pick her call again.

“I also on my own called her line and when I started asking questions that bothered on where she graduated from, she cut the line and didn’t pick again and I stopped calling her line too,” she said.

Even at that, Rukayat did not stop the struggle at that point. She wrote to the office of the Department of the State Security (DSS) in Ilorin asking for the intervention of the office on the matter.

“I was invited by the DSS but the office asked me to go and see the rector of the Polytechnic.

“And when I got to the rector, he told me I should go and put my mind at rest and that he would look into the matter. But up till now almost a month after my complaint, nothing positive has come out.  I didn’t hear from the school again and in less than three months’ time, the fellow will be through with her NYSC programme. Already, I have wasted almost a year over the issue of enrolling for the youth service, whereas my classmates are almost done with theirs.

“Apart from that, another big question is if I will be able to serve with my certificate if someone else has used it for the same purpose. How do I address the attendant huge implications on my career advancement if I end up not serving? Is there anywhere I can apply to for employment as a graduate without demanding for my NYSC discharge certificate?  These are serious questions that I don’t have answers to.

“So, Nigerians should come to my aid and help me to get what rightly belongs to me,” Rukayat pleaded.

Reacting to the development on behalf of KwaraPoly, head of the Directorate of Students’ Services (the office in charge of students’ affairs), Dr A.S. Ajadi acknowledged Rukayat’s concerns but absolved the school of any blame.

According to him, the lady in question is bearing Akintola and not Akinola.

And we have already written officially to the NYSC about the matter and received an acknowledgement of our letter.

He explained further to Nigerian Tribune, saying “Truly, as far as the school is concerned, Rukayat has a detailed record with us as our former student and she has already been mobilised for the NYSC programme. For the other lady, we don’t know her as she is not our student. Even at that, it was at the point of registration that Rukayat got to know that somebody else had used her Call Up Number (and not her name), to register. The person gave her name as Oluwapelumi Grace Akintola when we enquired from her through the phone number found on the portal while Rukayat’s full name is Rukayat Atinuke Akinola.  We were not even aware of this development until Rukayat came to us to complain and that was in March.”

On why then her certificate was delayed by the school, which she said could be a plan to shortchange her for somebody else, the director said the delay was not deliberate and it wasn’t only Rukayat that had the experience.

“There were few others like her who also had some delay and it was due to omission on the part of the school and not the students. And now, our prayer is for her to be able to go for youth service by June with the next batch of corps members,” he said.

Giving an insight into the matter, the Rector of the polytechnic, Mr. Abdul Jimoh Muhammed told Nigerian Tribune that the school had actually notified the NYSC headquarters and also the Department of the State Security about the matter.

He, however, pointed out that the preliminary report revealed that the lady in question claimed to have graduated from Agriculture Department of KWASU.

“So, the matter is being looked into by NYSC,” he stressed.

Nevertheless, Nigerian Tribune put a call to the supposed phone number of the lady in question and she said she was not Grace Akintola, which is contrary to the school’s earlier claim, after which she cut off the call.

How Alfa lured client to death for ritual purpose