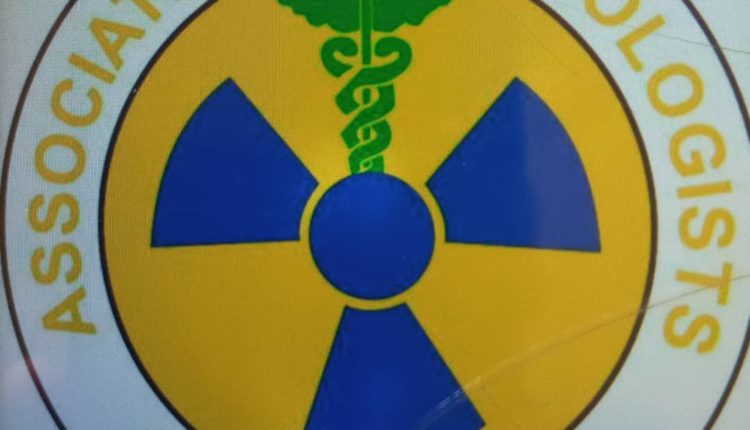 The Association of Radiologists of Nigeria (ARIN) has affirmed that the proposed Amendment bill 2020 of the Medical and Dental Council of Nigeria (MDCN) is meant to strengthen and promote standard medical practice so as to improve the health of the citizenry.

This clarification was made in a press statement jointly signed by ARIN President, Dr Jimoh Kamaldeen; and ARIN General Secretary, Dr Kabiru Mohammed Saleh, and made available to journalists on Thursday.

The statement emphasised that the repeal- re-enact bill of MDCN was targeted at strengthening and promote standard medical practice in Nigeria, and not to control other health professionals as it was being insinuated or portrayed by some quarters.

According to the statement, MDCN is a regulatory institution established by Nigerian Law to oversee operations of the Medical Doctors practising medicine in Nigeria.

”Laws are made, put to test, reviewed and strengthened over time to keep up with dynamics of the global trends in events in the area of jurisdiction of such law.

”Medica and Dental Practitioners act CAP MB LFN 2004 as amended are long overdue for review in order to incorporate such areas where the medical practice has improved over time and to ensure practitioners (Doctors) also upgrade their performance and standard expected of them in line with global trends.

The association further stressed that the Medical and Dental Council recognised the existence of other health professionals in Nigeria and cannot seek to control such profession outside medical practice.

”Particular of note is the recent orchestrated opposition of Joint Health Sector Union (JOHESU) against the public hearing on five very important health bills by the senate of the national assembly.

”The wrongly interpreted objective of these bills by JOHESU is not only unfortunate but totally unnecessary.

”This wrong notion is not only a deliberate attempt to misinform the public and other health workers but aimed at creating hatred, anarchy and non- teamwork in the health sector, particularly at this time of global health challenges when the Nigerian government is working around the clock to ensure the level of healthcare delivery attain a progressive height,” ARIN said.

The association added that another wrong notion peddled was that the Nigerian Medical Association (NMA) was mentioned and given roles in the proposed repeal – re-enact bill.

”To put the record straight, the NMA is the only overall umbrella body housing all other associations and affiliated groups of medical practitioners in Nigeria of which ARIN is one.

”As the umbrella body for all Doctors, NMA should have a great role to play in decision making of the Medical and Dental Council operation hence such recognized by the enabling act could not have fouled any law.

”The establishing Acts of other boards and council of other health professions equally recognize, made mention and ascribe roles to the respective professional associations in the health sector.

”For instance, Radiographers Act CAP R1 LFN 2010 part 1 section 1(c) and part 2 section 7(1) mentioned Association of Radiographers in Nigeria (ARN) and ascribe to its power to make representation at the board and also to make a nomination of a qualified member as the registrar of the radiographers’ board. So Medical and Dental practitioners act is not wrong at recognizing and ascribing role to NMA, the association stated.

According to ARIN, there is need to strengthen our council (MDCN), through enhancement of the provisions of the act to regulate and effectively supervise the practice of medicine in its entirety by Medical Doctors practising in Nigeria, to maintain and promote the health of the citizenry.

They stressed that the medical practice had improved over time and to ensure practitioners (Doctors) also upgrade their performance and standard expected of them in line with global trends.

”A medical practitioner reserves the right to call for “medical indication “of any aspect of art and science that will be needed to promote the health of an individual.

”These same medical practitioners that person trained, qualified and registered as such by the Medical and Dental Council of Nigeria (MDCN) operating under an Act CAP M8 LFN 2004 under section 1(2a-2 e).”

The statement stressed that the proposed amendment bill 2020 of MDCN as defined under section 47 (b), would among other things regulate Medical practice in totality and the practice of those so registered under the act, saying, ”Radiology is an aspect of Medical profession which cannot be excluded from the defined roles of the council.”

”Finally, Radiography is different from Radiology and each is regulated and guided by their respective Act of Parliament as obtained in Nigeria. There is no role conflict as defined by the statutes of the acts. The radiographers’ act recognizes the role of the medical profession ( radiology ) making provision for a member of the board to be of radiology speciality.

”We call on our health professionals to join hands with Medical Doctors in efforts to protect, promote and safeguard the health of Nigerians by complimenting government efforts in developing the Nigerian Health sector.

”We thank the National Assembly and all stakeholders who are working tirelessly in this regard especially in sponsoring the five health bills that recently passed the public hearing.

”We ask for speedy completion of the process and ascent by President Muhamadu Buhari to compliment his positive desires for an enviable health sector in Nigeria,” ARIN said.