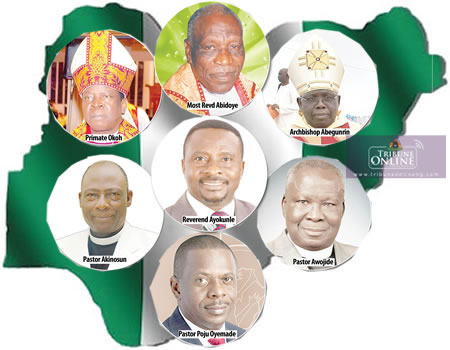 That Nigeria is a largely religious nation is no longer news. One of the things which distinguish it in this regard is the array of prophets who year-in year-out give prophecies. Unfortunately, many of these prophets do not have a track record of consistency. Many of them reel off utterances that only put the name of God to disrepute. It is quite sad and a major disturbance to national wellbeing. Sadly, these prophets are known to cause disharmony among nations, states, families and what have you.

However, where there is counterfeit, the original will be present. In this regard is the foremost seer of Inri Evangelical Church with headquarters in Lagos, Primate Elijah Ayodele. He is celebrated globally for knowing and understanding the mind of God. In all editions of Warning To The Nations, Primate Ayodele reveals the mind and purpose of God to the world.

Some of the prophecies which have been fulfilled include but not limited to the crisis ongoing in Venezuela. He predicted that three presidents will be forced to step down. We have seen the fulfillment of this in Algeria, Sudan, Sri Lanka, Benin Republic and many others.

The following were some of the prophetic utterances by the Primate and expectedly, Nigeria and the world must take all these seriously. According to him, “Buhari will have a lot of challenges in his second term. I am not talking about his health now. Many security challenges will affect Buhari’s government. This could lead to protest and confusion. It will get to a point that people will be afraid and there will be no confidence in our security chiefs. There will be change of security chiefs soonest. Buhari will step on so many toes. He will want to do the best. But he won’t get the best in his second term. There will be hunger. He will suffer economic challenges. I foresee corruption in CBN. His government will run after those in the opposition will corruption allegations. This will make many of them to defect to the ruling party. The APC will face major challenges in the first half of his second term. His government will run into a major debt. Nigeria needs a lot of prayers. The northern agenda will come up but there will be conflict of interest among them.”

He gives a word of caution to the NLC, PDP, APC and others. “Despite the N30, 000 minimum wage a lot of states will collapse. Not all the states will have the minimum wage available. Labour is being deceived. There will be personal challenges between Oshiomhole, Buhari and Tinubu. Oshiomhole should be very wary. Gbajabiamala and Lawan will win the leadership of the National Assembly. I see deaths in the ninth assembly. Many people who are leaving office now will be harassed in so many ways. I said it before that if PDP had wanted to win, they should have given it to Saraki. I am saying it now that if the PDP wants to be stronger and move forward, it should give the structure of the party to Saraki. Saraki should stand firm. He will be troubled but he will later emerge the rallying point of PDP. The PDP should do the right thing to balance things. Fayemi will win at the Supreme Court. Adeleke should not dance. Oyetola may get victory at the end of the day.

The Igbo will be disappointed in 2023. The facts of the 2019 presidential election will come out but it will not be too favorable for Atiku. He will have many problems.

“If Seriake Dickson picks the right person, PDP will still hold on to Bayelsa. Yahaya Bello should be careful and focused. He should re-strategise or else he would lose the election. If PDP refuses to get the right candidate, it will lose Edo again.

Let us pray against incessant killings, bloodbath. The international community might challenge Buhari’s government. Insecurity will be alarming. Benin Republic, Cameroon will experience terrorism. Kenya will also experience same. There will be revolt against one of Africa’s presidents. We should pray against a very serious religious crisis. Ihedioha will win all the tribunal, court cases. Ikpeazu will also win all court cases. Those who are challenging Dapo Abiodun are wasting their time. We should pray against fire outbreaks and explosions in markets and refineries. Farmers and herdsmen killings will increase because the government has not gotten it right from the source. Herdsmen will cause a lot of trouble.

“The PDP will have to be very clever in its litigations against Ganduje in Kano. There will be attempts at manipulations. Nigeria’s problems will re-emerge from the North. Some of the ministries will be broken. Some of the ministers that are pushing to return will be disappointed. There will be economic hardship. There will be challenges under Emefiele and even in the stock market. The international community will criticize our economy. The world is not free from terrorism. Africa is in trouble with terrorism.

“There will be discovery of frauds in NNPC, Customs. Islamic jihad will also cause a lot of problem. India, China will overtake USA in the future. The relationship between USA and China will break.  In the whole of Africa, Nigeria should have been number one but corruption and bad government are problems. There will be food and water scarcity.

“I see corruption and protest in the military. A military base will be attacked. A traditional ruler will be dethroned. An emir will be kidnapped. The government must invest in agriculture in order to avert food scarcity. Lack of electricity will cause major industrial problems unless we give it to indigenous companies. The USA immigration reform will cause problem for Donald Trump. In AFCON, Nigeria will qualify in their group and if they do the needful, they will win the tournament. Petrol price will crash. Nigeria will lose a nationalist. Three governors will lose their grip before the end of their terms.”

Onwudike writes in from Lagos

Duncan Mighty must pay back my money—Appyday

What online worship has done to Christianity —Bishop Aladekugbe