Prophet lynched in Ekiti for eating human faeces with bread 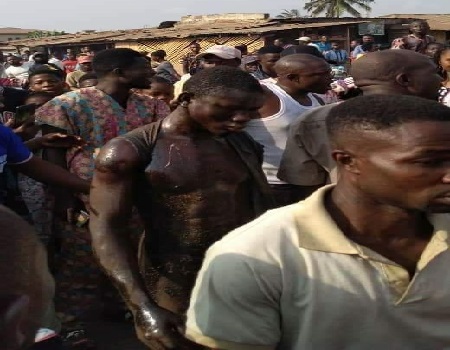 A prophet of Cherubim and Seraphim church in Ado Ekiti, Ekiti State, was yesterday, beaten to death after he was allegedly caught eating human faeces with bread.

The Prophet, who is a suspected ritualist was paraded around the streets of Odo-Ado in Ado Ekiti before he was killed.

According to an eyewitness, the prophet was caught in the act by an elderly woman who raised the alarm which prompted youths in the area to capture him.

He told the mob that he was only helping some church leaders.

Reports have it that the Police Public Relations Officer for the Ekiti State Command, Caleb Ikechukwu, confirmed the incidence. He said that no arrest has been made about the matter.