Prophet Jonathan: How his predictions about Nigeria are coming to pass 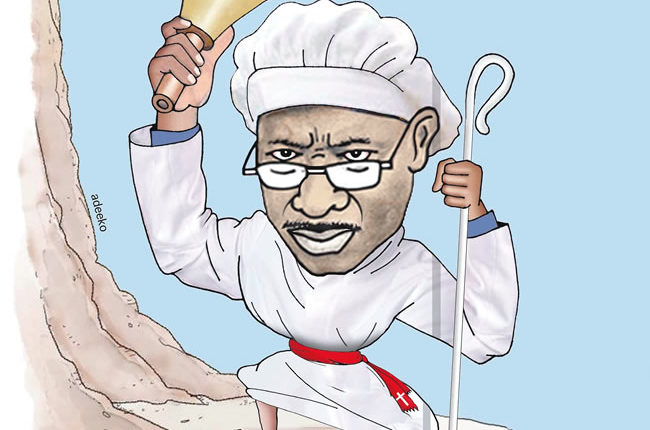 At the peak of his campaigns for the presidential position in 2015, Goodluck Ebele Jonathan made predictions about some consequences his loss at the polls would have on Nigerians. OLAMIDE ENIOLA and IMOLEAYO OYEDEYI reviewed the predictions situating them within the current political climate.

The prevailing harsh economic and intemperate political climate in Nigeria are making Nigerians to remember some of the statements of former President, Goodluck Ebele Jonathan (GEJ). The country’s fourth democratically elected president made some statements during his a little of over five years administration, particularly warning Nigerians of the dangers ahead should they make a wrong political choice during the 2015 general election.

Today some of the statements, judging from the rapid manner economic lives of most Nigerians have been upturned, have become rather prophetic.

As Nigerian masses grapple with a double-fold increment in prices of essential commodities – electricity and fuel – within a week, the foresight with which the former president spoke becomes more appreciated.

One of the well-known punchlines made during the campaign which the Bayelsa born Zoologist is remembered for is that, “A country is like an industry. It must be managed properly by people who have brain and great ideas upstairs.”

Nigerians will appreciate me later

At the presidential villa on December 14, 2014, when ‎a delegation of traditional rulers and leaders from Bayelsa State visited him, Jonathan not only foresaw but also put on records that Nigerians were going to praise him after his time in the office.

While hosting his visitors, Jonathan said, “I always say that I will not even expect praises now because hardly do people praise serving leaders. It is when you leave, people will begin to know.

“When you leave, people will begin to compare what you have done over the period vis-a-vis what others have done, then they will compare you with whoever takes over.”

“Probably that is the time some people will begin to say good about you. But I will do my best to make sure that we do change things,” he said.

It would be recalled that GEJ had in one of his sayings in 2014 described himself as the most insulted president, who still promoted freedom in office.

In the post, GEJ said, “I am the most abused and insulted president in the world but when I leave office, you will all remember me for the total freedom you enjoyed under my government.”

Means of identification for election

GEJ’s campaign rally on Thursday January 8,2015 at the Tafawa Balewa Square, Lagos evokes feelings about the paradise Nigerians lost in the Bayelsan.

In what looks like a dialogue between him and Lagosians at the Square, GEJ based his campaign on pertinent issues on means of identification during voting, the right approach to fighting corruption and the need to move the nation forward by voting rightly.

Speaking about means of identification during voting, GEJ said, “We came and said every Nigeria vote must count and since then, the voter’s card has become relevant.

“This is the party that is giving political strength to all Nigerians. Already you have been told from intelligence reports that some people are already cloning cards so that your voter’s card will no longer be relevant. Is that the kind of people you want to take over government? (Crowd shouts NO…!)

“If somebody tells you that the best way to fight corruption is to arrest your uncle or father and show him on television, well, you won’t stop corruption, you will even encourage corruption. I used to tell people and I will also address press conferences so that people can ask me direct questions. Armed robbery is still with us, despite the fact that we are shooting (death penalty) armed robbers. Is that stopping armed robbery? (Crowd shouts NO…!)

“So arresting people and demonstrating on television will not fight corruption, we must set up institutions, strengthen them to prevent people from even touching the money and that is what we are working on and we are succeeding.”

“Nigeria must move forward, Nigeria is for the youths. Nigeria is not for old people like us. The young generation must redefine this country. We must take this country to where we want it to be. Nobody can push us backwards. The past is past. They have led us backward and backward.

“They have no plans for you; they are coming to tell you false stories. We have said you do not need to have so much money to own a house. Do you want to go back to the old days? (Crowd shouts NO!)

“It is either we vote to be prisoners as we were- and I will tell you maybe some of you do not know, in 1983, I don’t know for the young people, some of you who are writing all sort of things on the social media. In 1983/84, what they called discipline as a post graduate student instead of reading my book, the whole night I queued up to buy two tins of milk. And they say that is discipline.

“So we should make you queue up the whole night as students to buy two tins of milk? Is that the discipline you want? (Crowd shouts NO!)

“Leave us who are half dead to bury our dead.  You must vote for the progress of this country…,” he said.

Similarly, on February 19, 2015, while speaking about Nigerians’ choices in the forthcoming presidential elections, GEJ repeated again, “The choice before Nigerians in the coming elections is simple: A choice between going forward or going backwards; between the new ways and the old ways; between freedom and repression; between a record of visible achievements and beneficial reforms-and desperate power-seekers with empty promises.”

Of course, Nigerians made their choice back then, which was not in favour of GEJ, and it is left to everyone to decide whether the country has moved forward or backward since 2015 when the President Muhammadu Buhari came to power under the All Progressives Congress.

At any rates, considering the relevance of GEJ’s thought in the polity now, one is not wrong to say the Ogbia-born Zoologist is a man of tomorrow.

Akpabio vs Akpanudoedehe: Who laughs last?

2023 presidency: Who does the odd favour in PDP?

Ondo South senatorial seat: I am the aspirant to beat, Oyewumi says, as he submits…