Real EstateProperty and Environment
By DAYO AYEYEMI On Jun 15, 2021 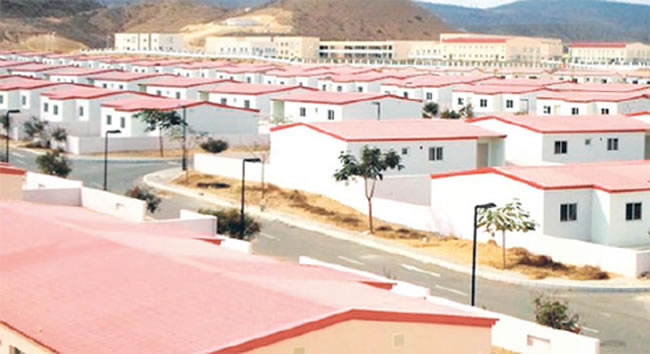 With the current high cost of housing units and prohibitive mortgage, low-income Nigerians on minimum wage of N30,000 per month may never realise their dream of owning their own homes. DAYO AYEYEMI reports.

If the current analysis/calculation on mortgage affordability for one-bedroom, two-bedroom and three-bedroom apartments across the country is anything to go by, many home-seeking Nigerians earning national minimum wage of N30,000 monthly  may never own their own home, due to their low disposable income.

Even if they are contributors to the National Housing Fund (NHF) at six per cent interest per annum, the cheapest housing loan in the country, high cost of average low-income housing units, which is between N5.5 million and N8.5 million across many cities, has robbed them of the opportunity.

Except government intervenes by granting generous subsidy, experts have argued that the low-income level and declining purchasing power among Nigerians might make it difficult for people to access one-bedroom flat at the current cost of N5.5 million.

According to the analysis of the entire scenario by Managing Partner, Fonahanmi Idris and Associates, Mr Fonahanmi Idris, if any of the low-income earner eventually secured NHF loan  with 30-year mortgage repayment for one-bedroom flat at N5.5 million, he should be ready to pay N33,000 monthly for the entire period.

If he intends to explore the possibility of Rent-to-Own, whereby the tenant is migrating/transiting to landlords, the tenant should be ready to pay N400,000  yearly.

For two-bedroom flat at N8.5 million, Idris, who once worked for a major mortgage bank in Abuja, is of the opinion that the intending home owner  would need to pay N51,000 per month for next 30 years, while rent-to-own option will cost him N620,000 yearly.

According to the mortgage calculation by Idris, would-be owner of  a three-bedroom flat at the cost of  N10.5 million would pay N63,000 per month fo next 30 years as repayment plan, while beneficiary of rent to own will pay N760,000 yearly.

According to him, the situation would require going back to the issue of affordability and work the equation backwards, pointing out that a minimum wage earner with assumed disposable income could only be billed for a N10, 000 per month repayment programme.

With the present cost of conventional materials it is doubtful if such costs can be achieved,” he said.

According to Okupe, there would be a need for massive substitution of alternative building materials to lower costs, adding that home designers would also need to look into how to achieve more efficiency and flexibility in the design of houses.

“There is also the need to encourage owner›s participation as far as practicable in the building process. Do it yourself components may be introduced to lower labour costs during some stages of construction. I believe a decent N1. 5 million house is still achievable.”

Without mincing words, Chairman of HOB Estates Limited, Chief Olusegun Bamgbade, stated that government needs to be realistic in whatever it›s doing, pointing out that the reality of the above data has clearly indicated that there is no plan for the masses to own houses of their own.

“Even if you decide to put in the entirety of your salary into the scheme, you will still have shortfall,” he said

Bamgbade urged government on the need to look into so many ways of alleviating poverty in Nigeria especially as regards housing.

Principal Partner, Ubosi Eleh and Co, Chudi Ubosi, stated that clearly from the analysis, “there is no magic that a Nigerian on N30,000 monthly can afford a property.”

“There are, however other ways to own property. One major way which has worked for a lot of home owners in Nigeria today is to buy land and develop gradually over a period of time as cash flow allows,” Ubosi, said

Chairman, Nigerian Institute of Town Planners (NITP), Ayo Adejumo, said there was no way a worker earning N30,000 as monthly salary could own a one-bed or two-bedroom flat with such amount.

He called on government to come to the aid of workers by substantially subsidising their payment. “Government can comfortably do it if it is seriously and willing to do,” he said.

Fonahanmi Idris said the only solution was for government to look out for a way to actually subsidise housing.

“This is the only solution – such that if the house cost N3 million, government should be ready to subsidise the house with N1m.

According to him, the pathway to follow was to identify things to do without cement, which is one of the major components of building development process.

He cited the example of the old one-storey building constructed with mud and wood as decking by his father in Ikare Akoko, Ondo State, saying ‘it is still standing.’

“We all need to calibrate and look backward to reduce cost, safe the environment, to safe energy and to get fresh air,” Idris said.

Once the nation embraces this, he pointed out that the International Financial Corporation (IFC) would be ready to support or issue grant to support the initiative.

He blamed inability of people to afford mortgage on low purchasing power, describing it as “a factor of other factors.”

“Disposable income is small and the economic environment, which is micro, is not encouraging. There is economic downturn and there is no increase in salary. These affected people›s disposable income,” he said

According to him, there is need for government to embark on strict enforcement of its regulations and policies

He recalled that some years back, government gave free land to private developers to build houses for the poor at the cost of N700,000 in Abuja .  He stated that only few adhered to the rules while others collected the land and stopped building for the poor, while government kept quiet.

“The MoU is that   they should send the list of allottees to the FCDA. But these people went ahead to do site and services. Instead of asking questions and query the exercise, government kept quiet and nothing happened,” he said.

To break away from this tradition, Idris wants government to get somebody who is sincere to partner with.

“Take land; give them to build for the poor. There should be concerted effort to solve the problem associated with housing affordability to the poor.

“Non-governmental organisations (NGOs) should also support. But people are concerned about profit. If everybody working has a place to lay his/her heads, we can identify them.”

We only suspended strike for 45 days —PASAN