Real EstateProperty and Environment
By Dayo Ayeyemi On Feb 2, 2021 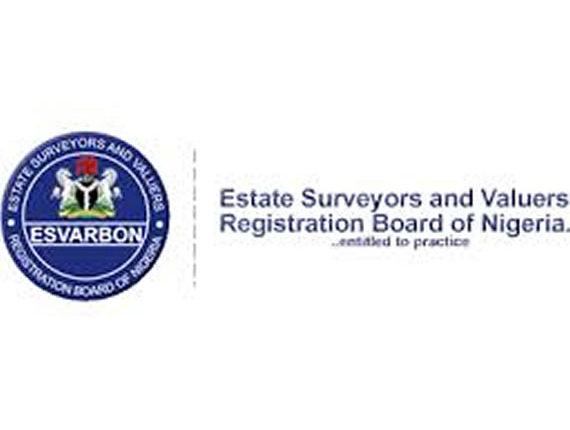 The Estate Surveyors and Valuers Registration Board of Nigeria (ESVARBON) has suspended one of its own, Mr Bode Araba, for a period of one year over alleged misconduct.

The allegation bothers on collection of a sum of N3.5 million from one Mrs Oluwaranti Williams for the purpose of a building construction works in 2013, which was said not to be done.

Giving the ruling, Chairman of the Tribunal, Sir Nweke Umezuruike, said that after weighing the evidence of the complainant, Mr Bode Araba was directed to refund the said sum with interest calculated at the rate of 13 per cent per annum from January 2014 to date.

He added that such payment should be made not later than 30 days from the date of the ruling.

Other pronouncements by the tribunal are: That Mr Bode Araba be suspended from practicing as an estate surveyor and valuer for a period of a year from the date of the ruling

That Mr Bode Araba neglects or fails to effect the refund as stated in one above or his name be struck off the register is ESVARBON and his registration be cancelled.

The tribunal also said that, if the respondent fails to comply with its directive, it shall report him to the police for criminal prosecution and to COREN for any further action.