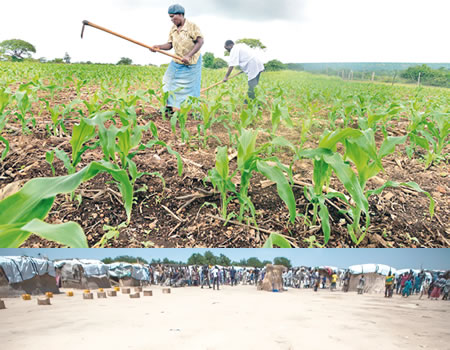 A fruit and vegetable marketer, Mr Femi Odusanya, on Saturday called on federal and state governments to prioritise all year-round farming in the country.

Odusanya, a produce dealer at Mile 12 market, made the call in an interview with the News Agency of Nigeria (NAN) in Lagos.

According to him, farming all year round will ensure availability of food all year round as well as surplus for exports without disturbing the local supplies.

“Most of the produce which are grown seasonally can also be grown all year-round.

“The truth is that when these produce are in season they are supposed to be cheaper but that is not the case at present.

“The prices of seasonal crops are higher in the market at present,’’ the produce dealer said.

He urged federal and state governments to encourage large scale irrigation to sustain all year round farming.

He also urged peasant farmers within a locality to come together and provide irrigation that would service the farms within that environs.

Odusanya said that agriculture extension officers could help identify clusters of farms for the provision of irrigation systems.

“Production has reduced for some vegetables resulting in less products being transported to the markets from the farms.

“Our association records show that the number of trucks bringing produce like tomatoes and vegetables from other parts of country to Lagos have reduced, even though the produce are in season now.

“By end of May, tomatoes from the North would go out of season until August and this will make way for the Southern species to enter the market.

“If government make facilities available for all year round farming, it will enhance availability,’’ Odusanya said.

Saraki asks Nigerians to continue to pray for Buhari