Probe: I have nothing to hide ― Ambode’s commissioner 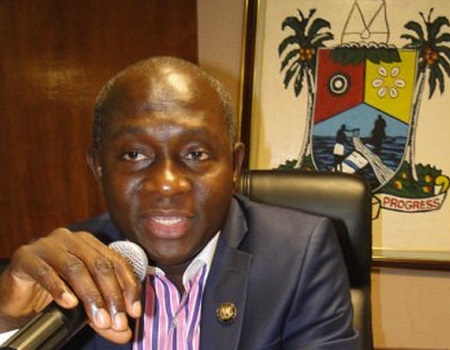 Immediate past Lagos State Commissioner for Energy and Mineral Resources, Mr Wale Oluwo, said on Friday said that he has absolutely nothing to hide, declaring that he was fully ready to appear before the State House of Assembly, even as he denied ever being invited to defend himself at any point in time.

Oluwo, who served under the immediate past governor of the state, Mr. Akinwunmi Ambode, said this in reaction to resolve of 40-member Lagos Assembly to issue warrant of arrest against former governor and four of his commissioners, which he was among, over ongoing probe into the purchase of 820 buses for the state by the Ambode administration.

The former commissioner said this in a signed letter titled: “Threat of Arrest to Compel appear before the House of Assembly Committees,” copy of which he made available to the Saturday Tribune.

Oluwo, while recalling that threat came following debate by members on the reports of committees of the House set up to look into the said purchase, noted that the House resolution, which “was made public in the electronics, print and social media, seemed to have concluded that I had wilfully or tacitly avoided appearing before the committees of the House of Assembly.”

He, however, declared pointedly that at no particular time was an invitation, whether oral or written, extended to him in person or through a third party, and he turned it down.

This was just as he asserted that it was on record that he had proudly served Lagos with utmost diligence, integrity and in line with his oath of office.

“I wish to state categorically that no invitation, oral or written, physical or virtual, was extended to me in person or through a third party, either directly or by substituted means, to any of my official and residential addresses, phone numbers or emails.

“I wish to put it on record that I have proudly served my state (Lagos State) with utmost diligence, integrity and in line with my oath of office,” he said.

Oluwo, while saying that he had absolutely nothing to hide, expressed his readiness to appear before any committee of the House, anytime he was summoned to do so.

“Let it be known that I have absolutely nothing to hide and I am willing and ready to appear before any committee of the House of Assembly, anytime I receive your invitation to that effect,” he said.