Prison is a bad place to be, I was there for 10 years —Bishop Kayode Williams 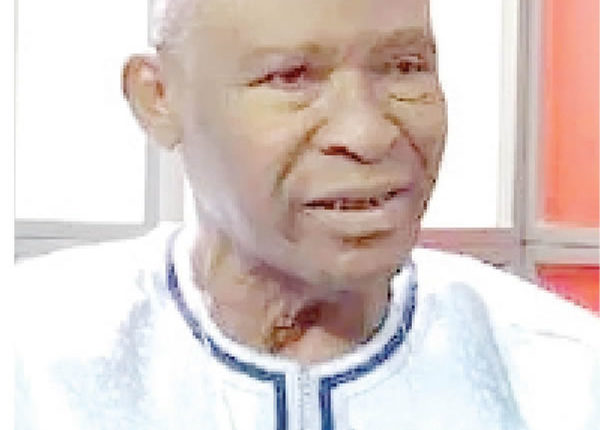 Bishop Kayode Williams, Director-general Prison Rehabilitation Mission International has been in the business of rehabilitating and reintegrating ex-convicts. He had served a ten-year jail term until 1981 and was later granted a presidential pardon in 2001. He speaks with FAVOUR BOLUWADE and ENIOLA OYEMOLADE on his experiences, the things expected of a correctional centre and how prisoners should be reformed.

What does your organisation do?

Just like the name implies, we are into getting ex-offenders properly rehabilitated because there is no avenue where they can be rehabilitated after their imprisonment. The government has not made that facility available, so we see it that if you release somebody from prison, and you just ask him to go, who is he going to meet? Who will lay a red carpet to welcome him? Don’t forget he was sent there as an offender and there must have been some victims and others who heard he was sent to prison, this means no one will want to welcome him. We see that as an area that makes a lot of prisoners go back to prison, so we want to block it by giving them another opportunity.

How does the Nigerian system affect convicts?

The system in Nigeria does not really work well for those that are convicted because immediately the person is convicted, all the liberty has been withheld, all his rights have also been confined with him and the only right he has is the right to live. In the prison, there is supposed to be facilities that will allow him to be properly re-orientated so that coming out, such person will be productive to the society. But, most of the facilities that the prison is saying they have are not enough to make a living when any inmate comes out of prison.

What exactly has changed?

Although the name of the prison has changed and other things are supposed to have changed too but it is only the name that has actually changed. The same prison is where they are using as correctional centres/institutions. This is because they did not make any provision for that change. They only changed it by name; even the staffs still have that archaic mentality that it is a prison. They have not been properly trained to welcome the new name. The uniform of the prisoners are still the same and the prison colour is still the same as the old one.

So many things that can affect the psychological human nature to believe that this is a correctional facility is not there up till now and it is more than a year that the change has taken place. It is good that the Federal Government changed the name because we have been advocating it as an organisation. Now, they need to send most of their instructors and directors on trainings but the top hierarchy of the prisons don’t want the name ‘Controller general’ to be changed because the name should have been changed to Director of prisons. If you are still using the old title, who are you controlling? You are now to use that place as an institution of training.

The name General should not be used in an environment of learning. Also, training and retraining is supposed to take place immediately after the change of name but it has not happened. You can either invite people from Scandinavian countries particularly officers from correctional institutions who will now come and train them rather than sending them to some of these countries with good system.

All over the world, there are different types of correctional institutions but the model that Nigeria would have taken after is like Norwegian. They are locking their prisons and turning them to five star hotels because they are getting the inmates out of prison and doing a proper reformation work because the key for the prisons are reformation, rehabilitation, reintegration and resettlement. Those are the key words that follow correctional institutions, but you cannot just do it anyhow. You have to learn the meaning and the nitty-gritty of those words so that we can fix our own system. What we are still doing here is what was handed over to us by the British. If you go to the prisons, you will notice this.

Were the prisoners aware of the changes?

Also, it should have affected their mode of feeding, it is part of correction. You should try to not make them look like animals in the zoo, but they still look like that. You are supposed to let them eat breakfast, lunch and supper on proper tables; you are supposed to train them so that the animalistic attitude would have been removed from their psyche. Prison officials should stop giving them food on the floor and refrain from using vulgar languages on them. Any inmate remains a Nigerian citizen.

What other characteristics should a correctional institution have?

There are regulations that follow the change. They are reformation, which is for the prison. You don’t rehabilitate prisoners in the prison, you reform them. It is the next level after imprisonment that is rehabilitation that is missing. It is the correctional officers that will recommend that this inmate will be coming out and he has no home. Can Nigerian government pay the school fees of ex-convicts? We saw that happen in Europe.

Why does congestion happen in prisons?

The facilities are not enough first of all. They are taking far above the capacity of the prisons. All prisons have capacity, so imagine a prison is supposed to have just 700 people but they have 1000 prisoners. Majority of the prisoners are also still awaiting trials, some even wait for as long as seven years for it. Truly, someone who committed an offence has to be punished for what he has done, but the punishment should not be seen as a deterrent, but to reform the person. You don’t expect people to welcome you after you come from prison but you yourself, you must prove to be different or changed. Our Prison Rehabilitation Nation centre does not have religion segregation. I don’t go to prison to preach because if I become sentimental. God does not segregate so I have to make sure it is evenly distributed and divided. The problem is acceptance; I was accepted because I persevered. How can there be lots of money but the prisons remain the same? This is because of selfish interests.

When you were there, what the things you saw that particularly was disturbing?

Prison is not a bed of roses particularly in Nigeria and some other African nations; there is congestion and all sorts of bad things.

The prison is a bad place to be as the public knows. I was there for 10 years; though some used to say I was sentenced to life, it was because they didn’t know. I was a young man, 17 years -though I was caught at 16, I aged during the process of taking the case to court.

The judge had said “by the time you will be done, you will be changed”. People hail you after leaving the prison but you hardly get support. There is difference between acceptance and support. The judge I had visited told me after to go home. If your behaviour is good, they reduce one’s sentence as reprehension but some officials and government officials don’t even know; they have to be taught all these things.

I went to the police to avoid troubles. They do fingerprint when someone is arrested and about to be taken to the prison for future purposes too, but these days, who knows who is who, or know how many people are in there because of the congestion.

I went to the police station to tell them I was released to go home thinking I would find help there but the police officer told me to leave, that his office was not a correctional centre. I went to my family but was also rejected, it was a sad event. There were bitter things I passed through then. I knew I saw death before so I just never complained. I slept on bed that had no mattress and we used blanket alone which were in unfavourable conditions. We used sacks to lay beds. The psychological effect of the unpleasantness of the place has injected more notorious, hardened, criminals out there. They were humiliated and treated like animals. There was no difference from a zoo. I has said it on a broadcast show that the Controller-General should be changed often because the one who was there at that time started as a warder; someone who knew only to command and be commanded. That is why the prison symbol is a key to signify locking prisoners. There were no other trainings most of these officers had received. A correctional centre should have schools not just a place for vocational trainings.

How did you come into limelight despite the ex-convict tag?

My mother used to be in the same market with Mama HID Awolowo, three shops away, but I soon became an embarrassment to the community because of peer pressure, until God turned my life around. God even used Nigerian Tribune for me then; the Tribune writers were tough writers, fire for fire, the reporters did a marvellous job of rehabilitation, they brought me into limelight and were the first newspaper to talk about my first crusade after leaving prison then. I could not reject the invite sent to me for this interview, I remember what the Tribune did for me then; people wanted to see the armed robber turned preacher.

How should ex-convicts be embraced by the government and society?

It is an advocacy that is very important. There are several testimonies of these categories of people in our organisation that have benefitted from the rehabilitation we offered and we are still doing. They have been given opportunities. Let’s do more of these. Majority of the ex-convicts who are out to see vengeance are embittered and angry because they were not accepted, rehabilitated and supported. Being a criminal is not by inheritance but usually by mistake; people must know that anyone can be a victim.

How has your family been holding up since; how did you even meet your wife?

I went to secondary school before going to prison, had my diploma in the prison and furthered to the university after my term was done. My first son and I did some courses together; in fact, we had some exams to write together and in one of them; I wrote my age on my exam scripts. I met my wife during an exercise in church; she was the counsellor/usher. She didn’t even know my story. I told her I had been long in the prison and I told her not to get too close to me. The revelation caused a tension but she came around again, she didn’t look at my condition anymore and we were able to continue. We had our child after seven years. That is what we call resettlement, it comes after reintegration.

,‘My husband dated slept with his ‘cousin’, planned to dump me, travel with her to Australia’