Previewing a story of disaffection and admiration 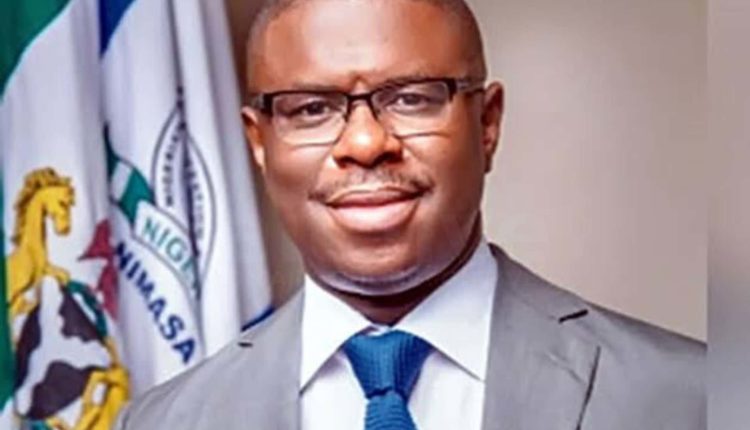 You just got the job of the Chief Executive Officer of a government establishment with a bad reputation and had your head pounding with questions. You were very clear about why you were chosen for that job. It was a rescue mission. But you also knew that a big issue waiting for you there was how you would get the job done successfully. You assumed duty and looked around.

Hours later, you were on your way out of the headquarters on that your very first day at work and saw this gentleman by the roadside. He was obviously stranded. The identity card hung on his chest region was that of your new place of work. You pulled your car over to the kerb-side and gave him a lift. He appeared not to recognize you as the new boss and so you launched into a conversation with him.

From this well-dressed man, you learnt that while official resumption time was 7.30 am, the majority of the people you would be working with reported for work daily at 9 am. Even then, you were told, the big boys and girls there chose when to come to work. You asked your passenger how he felt working in the establishment, and he shocked you with his point-blank answer that if he had his way, he would gladly leave the place; it was a toxic setting. He said there were no teams there, he worked alone and delivered on assignments alone. He told you the agency had no core value except deadly high-wired politics.

He demanded to know if you had not been reading the very bad media reports about the agency. The man painted a  picture of an agency operating with a frustrated, disoriented workforce. That early experience got you thinking. If you were going to rescue this agency, obviously you won’t do it alone. You needed a team. But this man had just told you that teamwork did not exist in that strange place. So, what do you do? You were not going to pull down the staff structure you met but you could mould it to work for you and get the job done. How would that be done? You called a  meet-and-greet meeting with the top shots there. You started that meeting with a confession: Your background provided you with zero experience on that job.

You were a student willing to learn. They listened and opened up. The meeting squeezed out more shocks confirming what your passenger told you that first day at work. Almost everyone at the meeting felt negative about where they worked. The picture you got was of an agency that had its reputation on life support. A top person at the meeting said he had stopped displaying his identity card in the area where he lived.

Why? It was because some boys in the neighbourhood said he was one of those embezzling national resources. It was that bad. You realized you needed to lay your bed as you wanted it and set the stage to do things differently. You needed to redefine priorities, reorientate perspectives and behaviours. You needed to develop a roadmap for the new journey. You must get the people to believe in the vision and give them new energy to chart a new path.

The agency you were asked to manage is the industry regulator in the maritime sector in Nigeria. It is called NIMASA –  Nigerian Maritime Administration and Safety Agency. Its core services are in its name: safety administration and security of the maritime sector. The focus was to include effective maritime safety administration, maritime Labour,  Marine environment stewardship, search and rescue, cabotage enforcement, shipping development and ship registration, training and certification of seafarers, and maritime capacity development. There were blisters of inefficiency and corruption on the face of each of these services before this new phase. Curing them and making them positive was the “why” of your presence there.

Every new job has its challenges. It was clear right from that beginning that this was going to be a bumpy ride. But there was no hint about the intense turbulence the journey was going to experience. You started seeing things that sank the ships of your predecessors. There were very tough times that tested your resolve. There were strong storms in resistance to forces of change. You realized you must not fail. You held on to the rudder and forged on. You saw the sector as a ship at sea sailing against icebergs and other real dangers. You remembered the ship “Titanic “and what sank it in April 1912. With that knowledge of the past and its accidents, you set to work carefully navigating the ship with your eyes set on the harbour.

You remembered the saying of your people that if a load won’t agree to sit on the floor and again refuses to stay on the roof, there must be somewhere else it must be placed. Central to whatever you were going to do were the staff. If they were going to be the drivers of the process, then they must be convinced to work honestly and diligently. You remembered a particular ethnic group in your native Niger Delta who always won wars in history. What was the secret of their serial victories? They kept their warriors continuously motivated; their chief liberally incentivized them with consultations – and with gifts. You then used this ancient wisdom of the ancestors as your compass and, finally, you got every hand on the deck and set sailing. The result is a shout of Hallelujah at the harbour. The disaffection and frustration which marked the beginning gave way, at the end, to admiration for the ship and its captain.

Now you are reflecting on how the whole thing went. Reflection is good for leaders if they must reach their full potentials. You’ve always known that reformers are fishermen in crocodile-infested waters. They will suffer attacks  unless they get their acts together early enough and conquer the terrain with deep understanding, superior wisdom and tact. You are now convinced that managing government agencies expose leaders to challenges from external factors, policy changes, changes in political leadership, poor leadership, or just some internal crisis that could lead to poor performance. Now that you have known and experienced these, you now reflected and took on the responsibility to warn yourselves and show others where the rains started to fall so that they too won’t be drenched.

The result of that reflection is this story I have just summarized. It is a snippet from Dr Dakuku Peterside’s account of his stewardship in NIMASA as Director-General/Chief Executive Officer spanning four years (March 2016 to March  2020). It is entitled: Strategic Turnaround: Story of a Government Agency. Published by Safari Books Ltd, Ibadan, the  285-page book comes in very simple, accessible language and the narrative style arresting. You should be convinced of the quality of the work when you read expert opinions in the book by Chris Bellamy, Professor Emeritus of maritime security at the University of Greenwich, and Editor-in-Chief of the International Journal of Maritime Crime and  Security, and Dr. Claire Pekcan, maritime organisational psychologist and human factors consultant, in the United  Kingdom. You will see also, in the book, an endorsement by Dr. Cleopatra Doumbia-Henry, President, World Maritime  University.

If you have anything to do with the maritime industry anywhere in the world and believe in reforms of government institutions, this is a book you must have – and read. It is due to be released next month.

Nigeria Playing With Fire On Restructuring —Al-Mustapha
As calls for the restructuring of the country continue to get louder, former chief security officer to late Head of State, General Sani Abacha, Major Hamza Al-Mustapha (retired) has warned that restructuring is a major challenge that should not be toyed with…

Insecurity: Nigeria Should Shun Unitarianism —Methodist Prelate
The Prelate, Methodist Church of Nigeria, Dr Samuel Chukwuemeka has said that Nigeria should move away from a unitary system of government in order to solve its insecurity challenges. Chukwuemeka said this recently during the Harvest of Double Celebration and the 60th birthday thanksgiving…

FLICKERS: My Lord, I Am Counsel For Accused, General Olusegun Adeniyi
British statesman and Liberal politician, William Ewart Gladstone and this white friend of my Shaki, Oyo State-born friend, who we call Kollysho, seem to be in a consensus of mind about the dead and their treatment. Kollysho and his white friend both live in Maryland, United States of America and one evening, during the reign of General Sani Abacha, they had driven round town. While discussing life matters generally, my friend pulled up at a Shell…

VOICE OF COURAGE: Season Of Mean Men
Humanity has never been in want of depraved and very mean humans who are so drained of essential ingredients of humanity. One of the most inconsiderate statements ever made in history was the phrase “let them try cake” first attributed to Marie Antoinette in 1789, supposedly having been uttered during one of the famines in France…

Did President Buhari Really Say That?
As part of his reaction to the gruesome and senseless murder of rice farmers in Zabarmari, Borno State, penultimate Saturday and the general state of insecurity in the country, President Muhammadu Buhari called on Nigerians to intensify prayers against insecurity. The President also avoided taking responsibility for securing…

Reconciliation In PDP: How Far Can The Saraki Committee Go?
The People’s Democratic Party (PDP), like its main rival, All Progressives Congress (APC), is battling internal dissension. Taiwo Amodu examines how far the Senator Bukola Saraki committee set up to reconcile aggrieved members can go in its assignment…

Many feared dead as petrol tanker explodes in Ondo