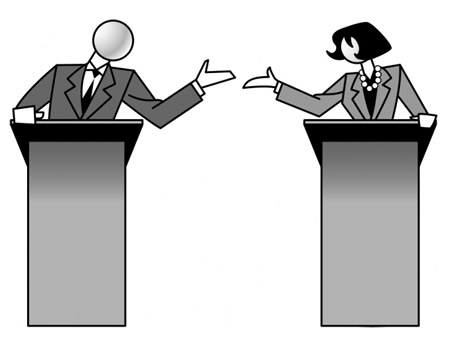 THE national coordinator of the President’s Inter- schools Debate Championship in Nigeria, Mr Dare Oritu, has said that the competition is beyond academic knowledge as it promotes effective national dialogues, unity, peaceful co-existence and healthy competition among school children and their teachers nationwide.

He gave this insight on Tuesday last week in Lagos at the opening ceremony of this year’s finals of the championship hosted by the Lagos State government at the LCCI Building, Alausa, Ikeja.

However, unlike the previous editions with higher numbers, only nine states, namely: Akwa Ibom, Rivers, Katsina, Ogun, Benue, Imo, Kwara, Abia and Lagos made it to the finals of this year’s edition alongside students from the Police Secondary Schools to make ten teams competing for debate all together.

All the participating students, who represented their respective states, were from the public secondary school junior classes between ages 12 and 15 and were accompanied by their teachers and officials from their universal basic education boards.

Speaking further in his welcome address, Mr Oritu explained that the competition came into being during the administration of former President Olusegun Obasanjo featuring only the students of Federal Government Colleges.

“We later expanded its scope to accommodate all the public primary and junior secondary schools in the nation” he noted.

He said all the schools that made it to the finals of the basic school category had gone through various stages in their respective states to emerge as states’ representatives at the national level, from which the schools that emerge overall winners will represent Nigeria in various international school debates in 2022.

He said Nigeria joined the world’s school debate championship in 2010 with Ebonyi and Akwa Ibom states representing the country in the edition held in Qatar and participated also in subsequent editions held in Turkey, Thailand, Czech Republic, South Africa and Scotland.

“And those who represented Nigeria at those editions really made the country proud,” he noted.

Oritu, however, thanked the Lagos State government and governor Babajide Sanwo-Olu in particular for accepting to host this year’s edition, saying “it is a demonstration of love for quality education and national unity.”

In her remarks at the event, the Lagos State Commissioner for Education, Mrs Folasade Adefisayo, said the Lagos State government is very passionate about organising debates at the local government, district and state levels among students at all levels in the state, hence its willingness to host this year’s edition of the national event.

She said these were major virtues that students who were being prepared as future leaders for government and private sectors needed to succeed in the 21st century economy.

Mrs Adefisayo, who was represented at the event by the director of Special Duties and Innovations of the ministry, Mr Adeyemi Adebayo, however, asked all the participants to play by the rule of the game and also accept in good faith the outcome of the exercise.

She also urged them to take the advantage of coming to Lagos by visiting places of interest in the commercial hub of the country.