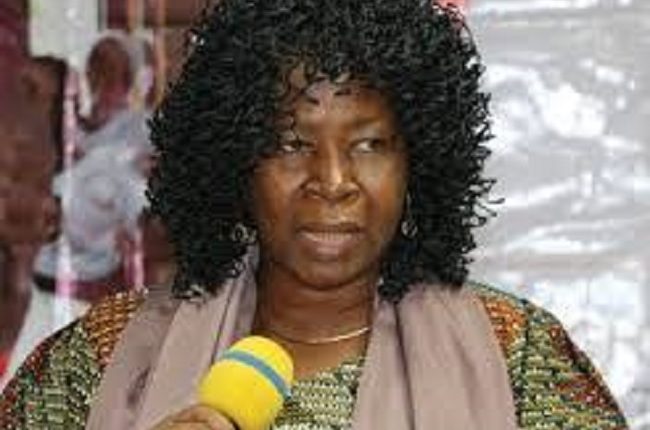 Convener, Civil Society Situation Room, Ene Obi, has called on the 9th Assembly to veto the powers of the President over his withdrawal of assent to the electoral bill, as a mark of her respect for the Nigerian population.

Ene said the President’s withdrawal of assent was of total disregard for the peoples’ right to participatory democracy and choice of quality leadership.

She said this in her closing remarks, on Channels television morning show on Tuesday, monitored by our correspondent.

The President has said the National assembly should rework the bill.

However, Ene said the withdrawal of assent was outright disregard for public participation in the choice of quality leaders and called in the national assembly to act on the side of the people.

“I call on the national assembly to veto the president and pass the bill into law because we need the bill, we want the bill, we are ruled by law.

“If they want us to give them the respect that is due, they need to redeem themselves, we thought that the President would have made this. We thought the President was serious about this but he has shown that we are not important.

“If you say remove that clause because we are talking about the participation of the people in voting the right leaders at the party level. The party democracy, the issue of the party, quality of those who come out of it is dependent on those who vote.

“Look at it, if you have acceded to this law and see where you go from there, it is not acceptable. It is going to be a huge price to pay because they are not listening to Nigerians because Nigerians are not important to them,” she lamented.

Attahiru Jega and Kadaria Ahmed: The Professor, the journalist, and their country