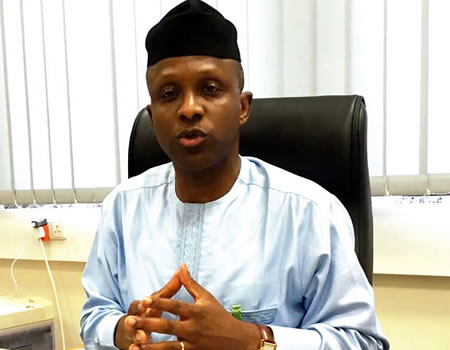 Akande in a statement on Wednesday acknowledged that the panel was completing its assignment on May 3, and would submit the report to President Muhammadu Buhari.

The three-man committee set up by Buhari, under the chairmanship of Vice President Yemi Osinbajo, two weeks ago was given 14 days to conclude the assignment.

The panel was mandated to investigate the Secretary to the Government of the Federation, (SGF) Babachir Lawal and the Director-General of the National Intelligence Agency (NIA), Ayo Oke.

Lawal was accused of legal and due process violations in the award of contracts to companies handling the resettlement of the Internally Displaced Persons (IDP) camps under the Presidential Initiative on the North East (PINE).

Oke was also accused of transgressions in the discovery of large amounts of foreign and local currencies by the Economic and Financial Crimes Commission (EFCC), at Osbourne Towers, Ikoyi, Lagos.

The panel “is completing its assignment today (May 3,) and is scheduled to present its reports to the President on Monday, May 8, 2017” the statement confirmed.

The panel, which also had  Attorney-General and Justice Minister, Abubakar Malami and National Security Adviser, Retd Maj-Gen Babagana Munguno, as members sat in camera throughout its work.

It, however, invited some other persons to testify on the he alleged offences at the venue of its sitting.

Akande’s earlier statement had explained that “all its proceedings will, however, be in closed sessions to avoid speculations, allow for full disclosure and enhance the pace of proceedings.’’

He also said that the panel would invite relevant officials and private individuals who might be connected to both cases and also obtain and scrutinize documents that might throw some light on the issues.

Nigeria to seek extension of crude deal with OPEC