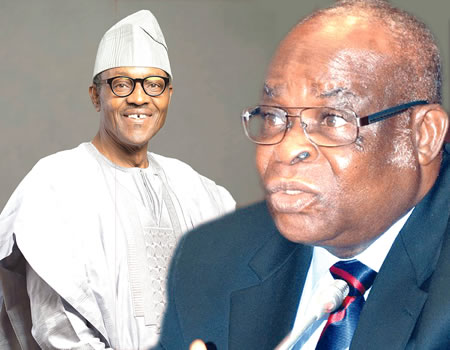 THE Presidency has hailed Thursday’s conviction of former Chief Justice of Nigeria (CJN), Justice Walter Onnoghen by the Code of Conduct Tribunal (CCT) as a major victory for the President Muhammadu Buhari anti-corruption fight.

A statement issued by Senior Special Assistant to the President (Media & Publicity), Garba Shehu, in Abuja said the Presidency affirmed that the conviction of former Justice Onnoghen by the CCT was a major victory for the anti-corruption policy of the Buhari administration.

The Presidency explained that the outcome of the trial demonstrates clearly that the law is no respecter of persons, titles, social or political connections.

The statement added that the essence of the rule of law is to hold everyone accountable equally before the law, regardless of their high or low status in society.

According to the Presidency, the war against corruption is all encompassing and is not designed to persecute anyone for political or other reasons.

The statement explained that the conviction of Justice Onnoghen should send a clear message that the dragnet against corruption will be spread widely to hold public officials accountable, whether they are politicians, Judges, civil servants or holding positions of public trust.