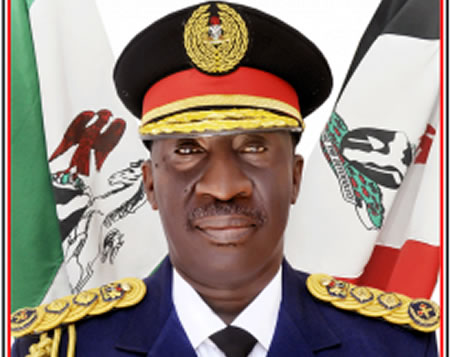 PRESIDENT Muhammadu Buhari may have decided to extend the tenure of the Commandant-General of Nigeria Security and Civil Defence Corps, Abdullahi Gana, for another two years.

Gana was said to have handed over on 18th January to a Deputy Commandant General, Hilary Kelechi Madu, following the expiration of his tenure.

Madu is currently the most senior officer at NSCDC after Gana.

The development could not be confirmed from the Public Relations Officer of NSCDC, Mr Emmanuel Okeh, as the mobile phone was unreachable but sources said the Presidency asked Gana to remain office while a memo would be communicated on the extension of his tenure.

It was gathered that Gana has two more years in Service and that the Presidency insists it did not give a handover directive and as such, the status quo be maintained.

In 2019, the Federal Government through the Ministry of Interior elongated his tenure by six months.

NSCDC spokesman, Emmanuel Okeh, had in a statement on July 19, announced that the Minister of Interior, Rauf Aregbeshola communicated the approval.

We are not doing COVID-19 vaccination but that of yellow fever, Bauchi agency clarifies