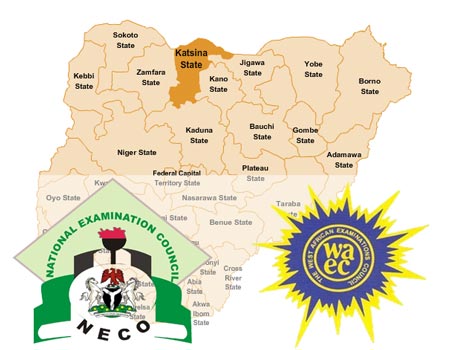 GOVERNOR Aminu Bello Masari of Katsina State has painted a dismal picture about the situation of education in the state, lamenting that the enrolment of primary school pupils was below one million.

Speaking during a town hall meeting with state indigenes resident in Kaduna State, on Monday, the governor said education used to occupy a pride of place among Katsina people, but lamented that the situation had since changed for the worse.

Governor Masari said when he came on board, his administration set up a committee that visited all the primary and secondary schools in the state and the committee did a headcount.

He said there was a disparity between what was on ground and the figure in the register.

“What the committee found in the register was that there are 1.2 million pupils in primary schools, but when it conducted a headcount, it was 728,000. In secondary schools, it saw names of 378,000 students in the register, but 328,000 were actually on ground.

“There is no position in Nigeria that a Katsina indigene has not occupied. We are the only state that has produced a president three times. This is a foundation that was built by our parents, but before our own eyes, we have left it to deteriorate.

“Every survey or study that has been carried out by development partners or Federal Ministry of Education shows that the North-West is the most backwards in education and that is where poverty is the most severe,’’ he said, adding that ‘’the situation did not start now, it is as a result of past neglect.’’

Masari clarified that the 11 per cent score was not limited to residents of Katsina State, but all Katsina indigenes throughout the country.

“When we removed students in private schools in the state and our indigenes who sat for the external exams in other states, the number of students  who got five credits, including English and Mathematics in public schools, was about 340 to 500 students,’’ he added.

The governor reiterated that 95 per cent of Katsina indigenes lived in the state, adding that if the percentage could only produce less than 500 students eligible to go to tertiary institutions, then there was a problem.

Masari recalled that UNICEF and the Federal Ministry of Education concluded a survey in 2013.

‘’They found out that there are 80 per cent of school children in all the states in the North-West. Only 20 per cent are attending primary schools. In contrast, southern states up to Kogi State have enrolment rate of 80 per cent,” he said.

According to him, the same UNICEF and DFID conducted another survey in the North-West where they interviewed and assessed primary school teachers. ‘’Most of them couldn’t pass the exams of the primary four pupils that they were teaching, ‘’ Masari said.