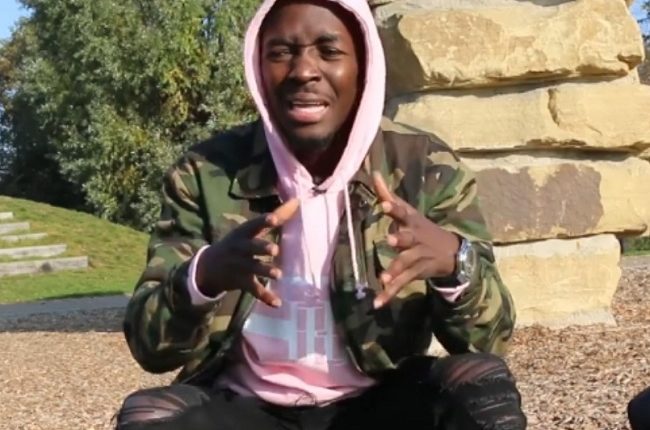 Many have lamented the upsurge in cybercrimes which is colloquially known as ‘yahoo yahoo’ patronage as Nigeria’s reputation appears to continue to take a beating on the international front.

IT expert, Daniel Nejo recently emerged with a video condemning fraudulent cyber activities while offering a way out to the teeming Nigerian youth population, and based on the waves the video is currently making on social platforms, Nigerian youths are truly listening.

Titled ‘My Open Letter to Yahoo Boys’, the video was initially released in 2017 but the traction the video has gained again in recent days suggests that the words of Nejo are not time-bound but ring true every season.

Nejo stated that the glamorisation of fraud and fraudsters is doing lots of damages to Nigeria and its people overseas.
The video has already gained millions of views across social media platforms and has been shared effectively.

FACT CHECK: Did Zulum Celebrate Salah With Borno’s ‘Poorest’?
A viral message, which emanated from Whatsapp and was later posted on the Facebook page of a national newspaper, claimed that Borno State governor, Professor Babagana Umara Zulum, celebrated Sallah with the poor citizens in the state…Practical digital skills

Why The Colour Of #RevolutionNow Was Not Arab Spring-Red
THEY all happened almost simultaneously, as if in a choreography. On February 9, 2011, a huge crowd of protesters had gathered at the Tahir Square in Cairo, Egypt. Unruly, eyes dilating like pellets of ice immersed in mug-full Campari liquor, it was obvious that this was a crowd determined to change the status quo. They shouted anti-government slogans, calling for an end to oppression, economic adversities and collapse of the Arabian spirit in the Arab world…Practical digital skills

The Marlian Gang: Lifestyles Of Youths Who Claim To Be Lawless, Lack Manners And Home Training
MUSIC and musicians through the ages have demonstrated the tendency to influence not only the present generation, but also the future generation. No wonder, decades after they might have gone, generations later are still inspired by them…Practical digital skills

We Are Worried, Disappointed Over Edo Politics — US
THE United States on Friday said it was concerned with reports of the deteriorating political climate in Edo State. The US Mission in Nigeria, in a statement on its social media platforms, also said that it was disappointed with the role of some political actors in the state. The statement reads: “As long-time friends of Nigeria, we continue to follow political developments ahead of off-cycle elections in the country. The United States supports a democratic process where the will of the Nigerian people is reflected in the results, and does not favour any party or candidate…Practical digital skills

Ize-Iyamu’s Corruption Case: PDP Guilty With Govs Fintiri, Mohammed Nominations ― Presidency
The Presidency has pushed back on the assertion by the Peoples Democratic Party (PDP) that President Muhammadu Buhari’s endorsement of Pastor Osagie Ize-Iyamu who is facing corruption charges as the All Progressive Congress (APC) candidate in the Edo State governorship election encourages corruption…Practical digital skills

PHOTOS: Situation at Kashamu’s Ijebu Igbo home as all is set for burial