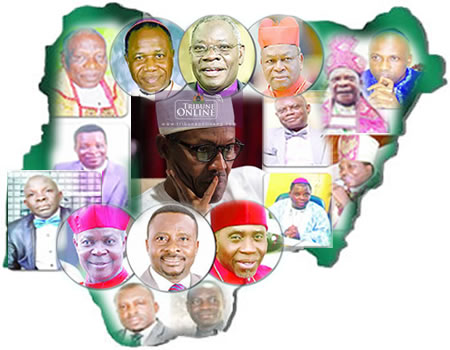 Share
The General Overseer of Christ Divine Churches International, Abeokuta, Dr Olayiwola Samson, has said that power in 2023 will return to the South-West geo-political zone.
The cleric stated this in an interview with the Nigerian Tribune after the church’s anniversary, over the weekend, that Yoruba leaders must be ready to battle for power, saying that “the North is ready to cling to power beyond 2023.”
He submitted and assured that the South West would produce the next President despite power struggle from other zones, while ruling out the possibility of the country breaking up.
The cleric advised Nigerians to always remain peaceful and united, saying “under President Muhammadu Buhari Nigeria has been moving forward and I can testify.

“In 2023, power will return to Southwest because it’s Yorubas’ turn.  Like you know, an average northern wants to stay in power and may I say this, in 2023, we have to force power out of the north because they (northerners) are not ready to quit the stage for other zones.
“But, I want you to be rest assured that Nigeria will not break up. We will definitely have crises and we will resolve it. Do you think a politician who just emerged as governor in Imo State would be part of moves for Nigeria’s break up? If you hear some people calling for war or kidnapping everywhere, the political class are behind it and it’s all about 2023.”
Olayiwola also expressed confidence that Vice President, Yemi Osinbajo would survive his ongoing travails, believed to be part of power play ahead of 2023.
2023 Presidencycleric
Share

You have no right to decide 2023 presidency, Yoruba group replies Miyetti Allah

Cleric calls for prayer for Buhari to succeed, warns against agitations