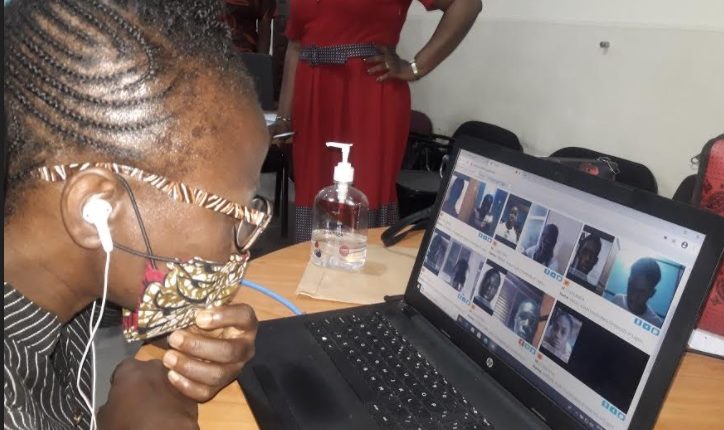 The University of Lagos (UNILAG) has uncovered various form of malpractice perpetrated by candidates who are sitting for the ongoing 2020/2021 post-Unified Tertiary Matriculation Examination (post- UTME) aptitude test which is expected to end today, Tuesday.

A total of 21,955 candidates, who scored a minimum of 200 out of obtainable 400 marks in the 2020 UTME, conducted by the Joint Admissions and Matriculation Board (JAMB) and chose UNILAG as their first choice for various undergraduate courses are invited in batches for the eight-day computer-based exam.

Nigerian Tribune monitored the exam on Monday from the control room at the university’s Consult Building with no fewer than 30 exam officials, through their individual laptop, monitored the candidates from their locations across the globe as they wrote the test.

It is the first time that UNILAG would conduct a post-UTME aptitude test in a remote computer-based format due to the COVID-19 crisis as candidates in the previous editions sat the exam, though also online, physically on campus.

It was observed that while some candidates conducted themselves with the rules guiding the conduct of the exam, which they were all served via their submitted email addresses a week before commencement, some others were seen flouting the rules by indulging in one form of malpractice or the other.

Part of the rules of the exam was that every candidate is required to use a computer with a webcam and microphone enabled with both functioning well and webcam left uncovered throughout the period of the exam.

In addition to no wearing of face mask nor face caps, every student is also expected to be alone in the exam venue wherever they sit for it and not permitted to leave their seat nor the test tab for another tab or application on the computer while the exam lasted.

The students were given a total of 40 questions and tested in English language, Mathematics and General Studies and all for 30 minutes.

Nigerian Tribune observed during the motoring that some candidates had beside and around them persons including those, who may be parents helping them, while some had their faces blurred because their computer webcam were turned off. Some were seen snapping their questions with mobile phones and sending to people for assistance. Another set used projector and some positioned themselves where their identities would not show clearly.

On the part of exam officials, they recorded all activities of each candidate for their 30 minutes allotted time.

And it was observed that they freely communicated either verbally using air piece or in written form through chat box to candidates who either have complaints or in suspicious behaviours, to address their complaints or to warn them as applicable.

It was also observed that every candidate with their submitted JAMB passport photographs matched with their live photos was allowed to spend their full 30 minutes after which they were logged out automatically by the system.

Speaking to newsmen shortly thereafter, at the venue, Vice-Chancellor of the university, Prof Oluwatoyin Ogundipe, said no fewer than 900 candidates had already been ‘flagged’ for indulging in various forms of malpractice since commencement of the exam and that their fate would be determined later by the senate of the university.

He said there were 225 candidates who had genuine complaints as of Saturday which bothered on internet network problem and power outage from the candidates’ end and that they had already been rescheduled for Tuesday to have their test.

“And if we have other new genuine complaints between today and tomorrow, Tuesday, we may reschedule those ones for another day,” he stressed.

While giving the exam a 95 per cent success rate, Prof Ogundipe said the university was particularly surprised to read in some online newspapers reports discrediting the exam without verifying facts.

He said that was why the school allowed the newsmen to monitor the exercise on their own and report objectively their findings.

While he did not say when the results of the test would be released, he said the test is one of the major requirements to admit any student to UNILAG for undergraduate courses.

He emphasised that those caught with malpractice may have their application disqualified but that such a decision is for the senate of the university.