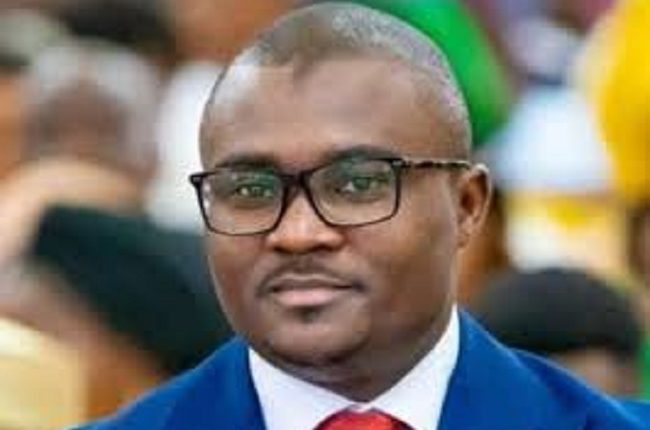 Lagos State Commissioner for Finance, Dr Rabiu Olowo, has called on Nigerians to embrace taxation as the most potent way out of COVID-19 consequence, contending that crude oil had never been a reliable source of financing a country of Nigeria’s magnitude and diversity.

Olowo made this call in his address at a 2-day Academic Symposium on webinar organized by Centre for Business Taxation, Oxford University, United Kingdom, expressing fear of survival for developing countries with heavy dependence on oil in the post COVID era.

He was among hundreds of world-acclaimed public finance and tax experts that took part in the online discourse across the globe.

The commissioner, while noting that oil had never been a reliable source of financing a country of Nigeria’s magnitude and diversity, described the current pandemic as a reality check for the nation in order to position herself for the future.

Olowo pointed out that forward-looking nations of the world had advanced their course beyond dependence on oil, declaring that Nigeria’s current tax to Gross Domestic Product (GDP) ratio of between 4 to 7per cent is very far from satisfactory.

According to him, this has been a challenge for some time but quickly noted that the COVID-19 economic crisis provided a renewed opportunity for stakeholders to frontally confront this problem, declaring the country cannot be waiting for the oil to develop when its volatility is a well-known problem as it needs to summon the political will to embrace tax.

“Nigeria’s current tax to GDP ratio of between 4 to 7 per cent is very far from satisfactory. This has been an issue for some time but the COVID-19 economic crisis provides a renewed opportunity for stakeholders to frontally confront this problem.

“We cannot be waiting for the oil to develop our country when its volatility is a well-known problem. We need to summon the political will to embrace tax. We cannot be doing the same thing and expect a different result,” Olowo reiterated.

The commissioner further noted that there was hardly any developed country without effective taxation, pointing out that the gulf oil producers were now embracing taxation despite their lower population, higher oil reserves and lower cost of oil production.

According to him, advanced countries are no longer discussing whether to tax or not but are now deliberating on how to manipulate policies for optimum impact.

“Nigeria is still thinking of how to tax. From discussions at this symposium, it is obvious we are losing billions of dollars to tax manipulation by multinationals and we should look into this urgently.

“For the government, there is a need to engage more with citizens on tax and to gain trust through such engagements. In Lagos State, Governor Sanwo-Olu has been exemplary in working round the clock to engage citizens and this is achieving a result.

“For tax administrators, you have to redouble your efforts and to treat taxpayers as clients who deserve to be served,” the commissioner enjoined.

He, therefore, urged other states to learn from the Lagos State experience having recorded significant success in such area, despite the COVID-19 crises.