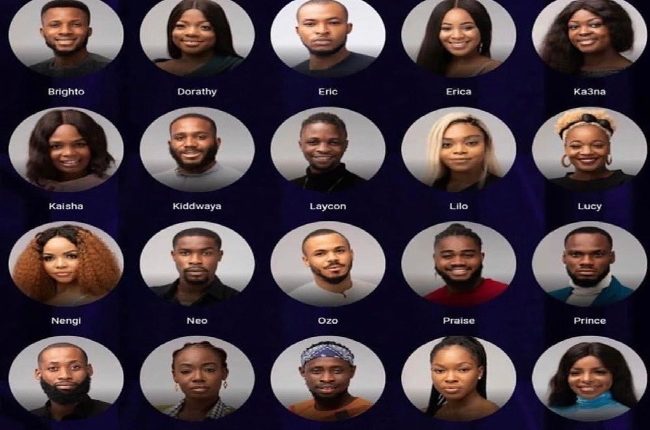 On Monday, August 10, 2020, Big Brother announced to the BBNaija Lockdown housemates that as part of their tasks for the week, they would be doing a presentation on rape and gender-based violence. Following Biggie’s announcement and in preparation for the task, the housemates sat down to have a very honest and enlightening conversation about sexual violence and issues surrounding it. Since then, the conversation has been getting rave reviews on social media, and rightly so.

In the past couple of months, rape and gender-based violence have been on the front burner of conversations on and off social media. More and more victims are taking back their voices, saying ‘no’ to the silence culture and naming their abusers. In response to the growing concerns on the issue, Nigerian state governors declared a state of emergency on rape in June 2020. And while some progress has been made, there is still a whole lot left to be done. So, using the BBNaija platform, which is unarguably the most watched TV show in Africa, to shed more light on the issue of sexual and gender-based violence has been hailed as a step in the right direction.

The task presented the housemates an opportunity to share their thoughts and understanding of the subject matter. Former Mr. Nigeria, Prince disclosed he had worked on a campaign against gender-based violence shortly before he came into the house. According to him, the disparities in the ways the boy-child and the girl-child are raised is a contributing factor to the high number of rape cases and gender-based violence.

He said parents spend so much time trying to raise young girls to be wonderful ladies but don’t invest as much time in raising the boys to be gentlemen forgetting that the two sexes will have to interact in the future.

Ozo and Tricky Tee argued that while it is true that the family plays an important role in the way a child turns out, it ultimately falls back on every individual to choose the type of life they want to lead and that everyone is ultimately responsible for their actions.

Lucy, Vee, Laycon and Dorathy also made various insightful contributions to the conversation, all of which were very well received by viewers and the general public.

Stand To End Rape Initiative, a youth-led organisation that advcovates for gender equality and an end to Sexual Gender Based Violence, took to Twitter to commend the show’s organisers, MultiChoice Nigeria, for facilitating the conversation saying, “It is great to see male housemates contributing to the conversation, while providing detailed context on the power dynamics between men & women. We want to acknowledge MultiChoice and BBNaija for the thoughtfulness to facilitate this conversation on #BBNaija.”

S.T.E.R Initiatives sentiments were also echoed by other Nigerians who hailed the housemates’ various contributions to the conversation. Mass media and social media have proven over time to be very effective ways of influencing and shaping social behaviour. And going by that task, it is something the organisers of BBNaija clearly understand.

More Shocks As Unemployment Data Exposes Misery Status Of Nigerians
BEFORE now, economic and finance experts found it difficult to assess the healthy nature of the labour market and how to measure the impact of government policies targeted at creating jobs because of lack of real time labour data. But on Friday, August 14, 2020, the concerns were only slightly eased as the National Bureau of Statistics (NBS) published second quarter (Q2):2020 labour statistics, the first report since Q3:2018…BBNaija housemates’

MONDAY LINES: Obasanjo’s (D)Art Of Condolence
Ben Guriano of The Washington Post described them in 2018 as ‘taboo enforcers.’ These are trolls seeking to upend truth and subvert facts about the life and times of the dead. ‘Do not speak ill of the dead’ came originally from a Spartan philosopher, then it was latinated by the Romans to read De mortuis nihil nisi bonum – and got spread around the world like Chinese viruses. The black man, as in all cases, contracted the no-no and turned it into a religion, got drunk with it and won’t mind killing for it…BBNaija housemates’

2.4 Million Households To Benefit From FG’s Stimulus Package — Presidential Aide
TO ensure food security for citizens, at least 2.4 million households will benefit from the Federal Government’s post-COVID-19 stimulus package, a presidential aide says. Dr Andrew Kwasari, Senior Special Assistant (SSA), to the President on Agriculture, disclosed this in an interview with the News Agency of Nigeria (NAN) on Sunday in Abuja. Kwasari spoke against the backdrop of projects anchored by the Nigerian Economic Sustainability Committee (NESC) to secure the economy against the effects of COVID-19…BBNaija housemates’ BBNaija housemates’ BBNaija housemates’

In life, never stop self development — Dami the PRman