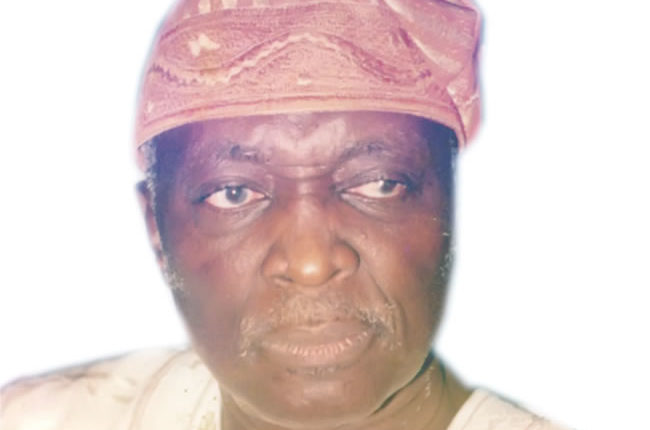 Secretary General of the Yoruba Council of Elders and convener of the Yoruba Summit, Dr. Kunle Olajide, speaks with Abiodun Awolaja on the latest resolve of the Northern Elders Forum on herdsmen activities in the South-West and sundry issues.

The Northern Elders Forum (NEF) has asked Fulani-herders residing in the South-West and their families to return to the North, ostensibly because the South no longer wants them. How do you react to this?

When I read the statement by the Northern Elders Forum (NEF), I didn’t believe it. This is because Fulanis have been living with us here in the South-West for well over a hundred years. It is the criminal herdsmen who have become very brazen in the last six years since President Muhammadu Buhari took over government that were asked to leave. They have been so brazen to the extent that they carry arms (AK-47 guns) all over the town without being challenged by the authorities. They have kidnapped for ransom and abducted people; yet not one, to the best of my knowledge, has been prosecuted, which gives an impression of tacit support by the security agencies controlled by the Federal Government. So, the issue is not about all Fulanis coming home—I think that statement is a little bit immature and irresponsible. We have Yoruba people living all over the country; law-abiding Fulanis are everywhere. I had Fulani classmates at the university. The statement is gross. I don’t believe NEF made it. But talking about the criminal herders that are killing our people and have not been arrested or prosecuted by the security agencies of the Federal Government; yes, let them go back to the North. I have no objection to that at all.

In saying “If you are not wanted in the South, come back home,” the NEF seems to have ignored the crimes of Fulani herdsmen. Why do you think that happened?

It was a deliberate action. I don’t know who authored such a statement. I mean, all over the South, the herdsmen have been committing crimes everywhere. Women even protested in Edo State. So, members of the NEF cannot hoodwink us at all. It is not a question of ethnic profiling; it is just because Fulani herdsmen who have been apprehended for crimes later got released on the authority of people we don’t know.

The Sultan of Sokoto recently said that seven out of ten kidnappers are Fulani, but that not all Fulani are criminals?

Definitely, not all Fulanis are criminals. There is no doubt about that. They cannot all be criminals; they are not, and this is why we are not saying all of them should leave. We are saying the criminals, the murderers, the rapists and the kidnappers should leave our territory. The Federal Government has a duty to curb the herdsmen’s crimes but it appears that we have an absentee government.

There was a time Yoruba elders, including you, actually gave an ultimatum to criminal herdsmen to leave the South-West, but some people construed that in the North to mean that all Northerners should leave and you had to make clarifications. Now, again, Governor Akeredolu’s quit notice was interpreted to mean that all Fulanis should leave. Why do we always have this misunderstanding from the North?

Well, my own opinion, absolutely a personal opinion, is that tiny political leadership elite in the North are the ones doing that, and insisting on unitarism in this country because a lot of them have depended fully on politics for sustenance for years. A lot of them have been indolent, not doing any work, except feeding off the state. If you recall, sometime during the first term of President Buhari, the former Minister of Internal Affairs, Lt-Gen Abdulrahman Dambazzau (retd) presented a check of a ridiculous sum of money as government support to the herders (Miyetti Allah) ostensibly to stop them from kidnapping for ransom. That money was from the national treasury, and that is why the Northern elders in question appear to be averse to having a new constitution that will allow each part of this country or federating unit to run its own affairs as against running all affairs from Abuja. There is no country as heterogeneous as Nigeria that can survive under a unitary system. We are different peoples with different histories and different cultures. So, presently, this country is living a lie and that is why it appears to be collapsing before our very eyes. And that is why I am appealing to Mr President to let us know where he stands.

Following the quit notice given to killer herdsmen, some people have also been threatening to launch attacks on the Yoruba in the North. How would you react to that?

My reaction is that it appears as if we have no Federal Government. That is the impression I have. The country appears to have no one in charge presently. Things are happening right, left and Centre and our president has not spoken to us. So, let me use your medium to appeal passionately to Mr President to address Nigerians and let us know whether he is still very much committed to unity, progress, equity, fairness and justice for the country; or he supports the statements emanating from his aides and from his people polarizing this country. He should talk to us himself; we don’t know where he stands. I give you an example: 300 children were kidnapped virtually the very day Mr President got to Katsina State, his home state recently and we didn’t hear a word from him. Six days after, the government negotiated with criminals, perhaps giving them huge sums of money, and the children were released. Not one person has been prosecuted for the abduction. I mean, that encourages criminality. And I must say that the country has been so polarized in the last six years along ethno-religious lines. So, it is imperative that Mr President speaks to us.

Do you see the National Assembly, with the Speaker and the Senate President, playing any role here?

They have to play many roles, which they have failed to play. They appear to me like a wing of the Executive. Our sons and daughters have been murdered here in the South-West, but we have not heard a whimper from the representatives of the South-West in the National Assembly. I think the cool comfort of the National Assembly deadens our representatives’ nerves to their constituencies. They need to present a bill to the National Assembly on referendum and Constituent Assembly Commission: we need a new constitution very urgently, one that will correct all the ills that are prevalent in the 1999 Constitution. That’s the role I would want to give them.

Let’s talk about Amotekun. There seems to be a coordinated attack on the outfit by some North-based newspapers which have alleged, without proof, that its operatives killed eleven people. There’s also the situation in Igangan, Oyo State. How do we go from here?

Self-preservation is the first law of nature. Every Nigerian, community, city and state has a duty of self-preservation. We cannot allow people to roam our forest reserves that have been there before independence, destroy farmlands overnight, kill our people, rape our women, and then we keep our mouths and eyes shut, especially when the Federal Government appears to be completely insensitive to these murderous activities. And this is why people have to take up arms in one form or the other: there is absolutely nothing wrong with Amotekun. The governors are called Chief Security Officers but they have no power and authority: the Commissioner of Police reports to the IGP. We welcome Amotekun here and in fact we are insisting that Amotekun must be properly funded by our various states and our unemployed youths employed to take charge of our forests and communities. We support Amotekun irrespective of what detractors are saying. Do they expect us to fold our arms while herdsmen keep killing us?

Finally, the pact between South-West governors and MACBAN in Akure, Ondo State, has been described as one-sided. A herder’s group has even said the pact is not binding on its members. What advice do you have for the governors?

The pact could not have been binding on anybody. For me, it was out of balance. In fact, the Yoruba people in the South-West who are the victims and complainants were not invited to the Akure meeting. Our governors were the only Yoruba there and they were representing the Nigeria Governors’ Forum. When you are convening a meeting to settle disputes, the two sides to the dispute have to be present. For me, even when I looked at them, I thought the meeting was taking place at the Emir of Kano’s palace because MACBAN went there with many representatives, and the meeting came out with a very weak and tepid communiqué. So, my advice for the governors is to urgently convene a meeting of stakeholders in the South-West and address our grievances. We should stop cow-towing to Abuja.

Now their teeth are on edge

Borrowed from the US: How Nigeria corrupted presidentialism, federalism

Anyone not pleased with APC membership revalidation should go to court —Yusuf,…