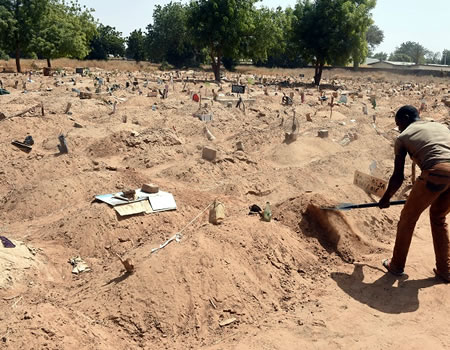 THE most popular municipal Muslim cemetery in Cape Town, South Africa, has run out of space due to burials induced by COVID-19.

The City of Cape Town said it had allocated extra space for 837 Muslim burials at Maitland Cemetery after Klip Road cemetery in Grassy Park filled up.

In a statement, the council said it was working with the Muslim Judicial Council (MJC) to increase burial capacity at the remaining 10 municipal cemeteries with a Muslim allotment. Cape Town also has private Muslim cemeteries.

“COVID-19 has increased the number of janazahs (funerals) per month, which has caused space to fill quickly and has led to the city opening up more space for our Maitland cemetery.

“Until now, Klip Road cemetery has been the preferred burial site, but regrettably, the Muslim allotment at this site has been exhausted.

“While there is sufficient capacity at other cemeteries, the city has also created a new Muslim burial block at the Maitland cemetery that can accommodate a further 837 graves,” the statement added.

This is in addition to burial blocks created for all denominations in 2020 as part of the COVID-19 response.

“The city is working with the MJC to ensure that burials happen timeously, with dignity and in line with the city’s operations.

“To this end, we appeal to the Muslim community to please try to bury during working hours where possible and before sunset, in the interest of funeral-goers’ safety, but also city staff,” said the statement.

The surprise visit made on Friday night by the leaders of the ruling All Progressives Congress (APC) to former President Goodluck Jonathan at his residence in Abuja triggered a stir in the major political camps, resulting in at least four possible theories..Popular Muslim cemetery  Popular Muslim cemetery

Alaafin: A restructuring icon’s 50 years on the throne