Entertainment
By Rukiyat Bakare On Mar 15, 2021 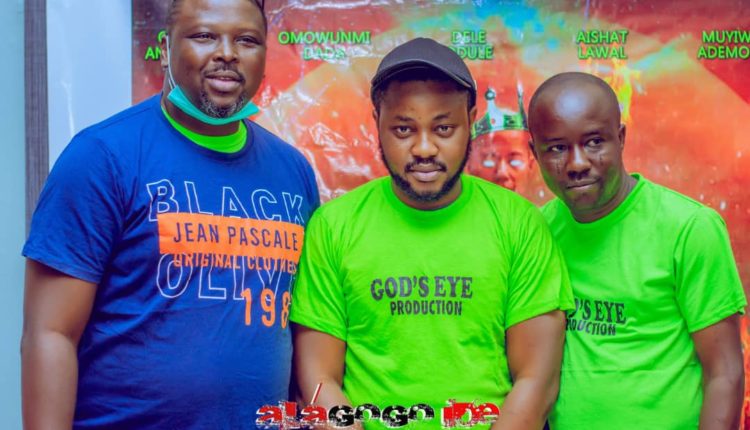 The project which was unveiled during a script conference organised in preparation for the production of the movie was held at Harrington Inn , Ibadan on Sunday.

The movie which was produced and directed by Abiola Paul Adesina, is written by Chris Anyanya.

Speaking with Nigerian Tribune, the producer, Adesina, explained that he was motivated to write the movie in other to change peoples orientation about witchcraft.

“The inspiration is to talk about the existence of witchcraft, it is a story that tells the story of witches in another dimension and what they are up to”, he said.

The movie actor, also hinted that the movie will be shot in Ibadan for 20 days while he urges his fan to watch out for the coming movie .

While he also stated that the movie will be shown for his fans to watch at the cinema after its production in April .

Adesina,added that one of the lessons to be learnt in the movie is to look up to God while in problem , and desist from looking up to human being for solutions to their problem.

” The production of this movie will also be changing orientation about film making in yoruba, while it we promise to add glamour to it”

He however revealed the cast in the movie which include, Muyiwa Ademola, Dele Odul bee, Fathia Balogun, Omowunmi Dada, Chris Anyanya, Bimbo Ademoye, Adeola Olushola Imo and other actors .

The Voice Nigeria: Amplifying the goldmine in Nigeria’s entertainment sector