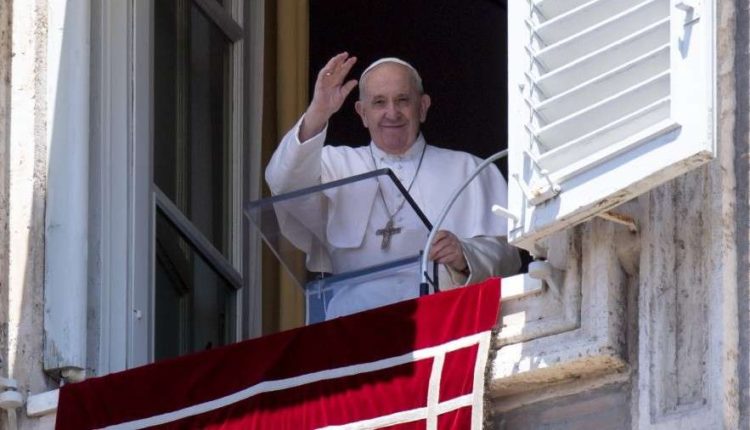 The Catholic pontiff, Pope Francis, on Sunday, February 28, used his special Angelus to pray for the 317 female students of Government Girls Science Secondary School, Jangebe, Zamfara State, who are still in the hands of bandits.

On Sunday, the state government denied the reports that the girls had been freed by their abductors, saying in a statement that the students are yet to be rescued.

However, the Pope, in his Sunday Angelus at the St Peter’s Basilica, Vatican, said he joined his voice to that of the Catholic Bishops in Nigeria to pray for the quick release of the students.

The Pope also said he was near to the students families and the girls themselves as he said he would continue to pray for them in this period of their pain, saying God will ensure the safe return of their daughters.

The Angelus, posted on the Vatican website www.vatican.va, urged all Catholics worldwide to join in prayers and pray to “Our Lady that she safeguard them.

According to the Pope in the Angelus: “Dear brothers and sisters, I join my voice with that of the Bishops of Nigeria to condemn the vile abduction of 317 girls taken away from their school in Jangebe, in the northwest of the country.

“I pray for these girls that they may return home soon. I am close to their families and to the girls themselves. Let us pray to Our Lady that she safeguard them. Hail Mary.”

The state government, in a statement on Sunday, said contrary to reports, the students are still in the hands of their abductors.

In a statement issued by the Press secretary to the Governor, Jamilu Birninmagani on Sunday, the government said the students are yet to be rescued.

According to the statement: “Some online media outlets have claimed the release of the female students of Government Girls Science Secondary School, Jangebe, from unsubstantiated sources. This is not true.”

The last time Nigeria recorded such a low figure was in the December 27 to January 2 week, when it reported 5,681 cases…Pope Francis holds special prayer for kidnapped 317 Zamfara schoolgirls at Vatican

Government at all levels should take responsibility for insecurity ― Group