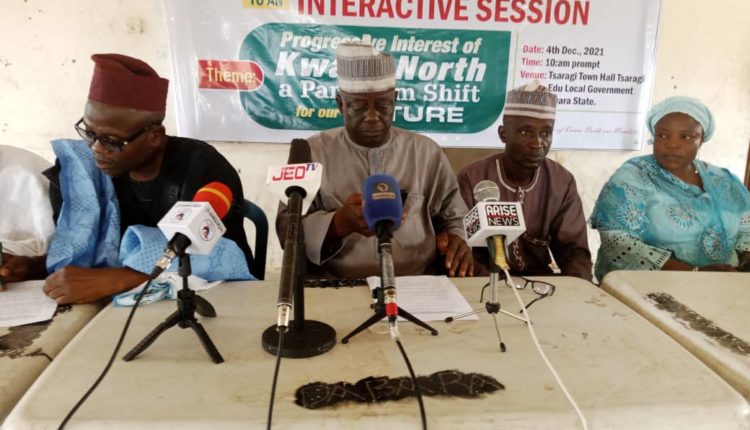 Stakeholders in the Kwara North senatorial district of Kwara State have asked the state government to declare a state of emergency on infrastructure, education, and unemployment in the district.

Rising from a town hall meeting held in Tsaragi, Edu local government area of Kwara state on Saturday, the people led by Hon. Alhaji Ishiaku Adam, said that the Kwara North senatorial district has been marginalized in all ramifications for long, adding that this is the best time to seek redress.

The communique issued at the end of the meeting by the people, under the aegis of the Kwara North Torchbearers, also advised that every indigene of Kwara North senatorial district must all stand up for justice and equitable distribution of opportunities among the five local government areas of the zone.

The communique also said: “That the Kwara North Senatorial District deserves the establishment of a special and purposive development driven agency.

“That government should declare a state of emergency on infrastructure, education and unemployment in the Kwara North

“That politicians of Kwara North extraction should rededicate themselves to championing the collective priority of Kwara Northerners which is development, as against placing premium on their selfish and personal aspirations which is about sharing spoils of office.

“That we enjoin our revered traditional rulers to summon cross-sessional stakeholders meeting to draw up an all encompassing developmental marshal plan for the region.

“Political party leaders should be allowed to produce credible and competent candidates that will be acceptable to all irrespective of the region.

“Bukola Saraki is the leader of the party and he knows most of the people showing interest in the position as he has worked with them in the past, and as such anyone picked by the party will be supported.

“That the town hall meeting which is the inaugural engagement will be rotated among the five local government areas in Kwara North.

“That we should reach out and engage with the party leadership and relevant stakeholders across the three Senatorial Districts to discuss how to promote the agenda for the development of Kwara North district.”