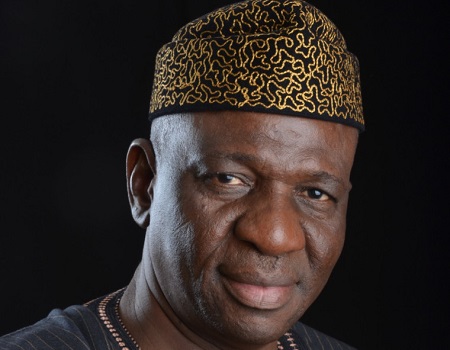 The Senate on Wednesday accused the Executive arm of half-hearted commitment to its anti-corruption crusade.

Chairman Senate Committee on Public Accounts, (PAC)Senator Matthew Urhoghide, made the observation
when the Auditor- General of the Federation, Anthony Ayine appeared before his Committee to defend the 2020 Budget.

The Senator representing Edo South expressed concern that the poor funding of the Office of the Auditor- General of the Federation, (AUoGF) an agency of government that should beam its prying eyes on Ministries, Departments and Agencies,( MDAs) would encourage corruption in public agencies.

The Auditor General of the Federation, Mr Anthony Ayine has disclosed to the Committee that the sum of N188, 451, 747 was appropriated in 2019 Appropriation Act and as to date, the Office was yet to receive any capital fund for the year 2019.

The lawmaker decried the poor capital expenditure of the Auditor-General’s office in its 2020 budget, as it noted that it would be a big hindrance to its effective performance.

“Your budget is one of the smallest budgets that the executive brought to the National Assembly. What your responsibility is supposed to be you should have a whole lot of funds allocated to you so you can achieve the desired result.

The Committee equally frowned at the failure of President Muhammadu Buhari to sign the Federal Audit Service Commission Bill which was passed in the 8th Senate.

They submitted that Buhari’s rebuff of the Bill cast a slur on his sincerity to fight corruption.

The Senate Committee on Public Accounts submitted that using the Economic and Financial Crimes Commission, EFCC and other anti-graft agencies to chase public servants indicted for sleaze while the Federal Audit Service Commission Bill was not signed into law was not a proactive way to address graft.

Senator Urhoghide said the current approach where the government allocate huge sums to anti-corruption agencies while the Auditor General’s office was being underfunded was counterproductive.

He further disclosed that the 9th Senate would ensure that President Muhammadu Buhari assents to the passed bill for the establishment of Federal Audit Service Commission that would strengthen the Office of Auditor General of the Federation in ensuring probity and accountability in government agencies.

He said: “The bill is very important to the nation as passing it into law will form the bedrock for fighting corruption which is one of the cardinal objectives of Mr President’s administration.

“It will empower the Office of the Auditor-General for the Federation who has the constitutional mandate of auditing all accounts of the Federation to nip corruption in the bud, ensure transparency in government transactions.

“The Bill will address acute manpower shortage existing in the Office of the Auditor-General for the Federation and bring it in tandem with Supreme Audit Institutions and international best practices.”

“Spending huge sums to fight corruption when nothing has been done to curb its manifestations in public establishments will not help us as a nation.”

He said, “The inability of the National Assembly to consider the backlog of reports submitted to it by the Auditor General’s office, is not good enough for the country.

Vice-Chairman of the committee, Ibrahim Hassan also pointed out that the office should look at digitization of her operation to make for seamless auditing pointing out that an automated system in the office of the Auditor General of the Federation would eliminate the narrative of backlogs of unaudited documents from various ministries departments and agencies.

“If you do not digitize and find a way to automate our process, we will be wasting our time.

“Look behind you, you see a lot of paper there almost three tons, there is no way on earth that you are going to audit over 6000 MDA’s with this analogue system.

“l hope this budget will help you to start working on how to automate your audit system we have a backlog of up to 2014. When we have a task to do and we look at the enormity of task, you start developing cold feet on where to start from.

“One year’s auditing is enough for you to be occupied the full time. Even as we speak we still haven’t gotten the 2017 and this is part of a process.

“I come from a state where I have seen the change from this analogue system to a very robust and almost real-time system.

“Our budget system is automated the account, the audit, as you are spending the money, making your entries everything is being automated.

“When you come for audit your task has been reduced by maybe 97 per cent,” Hassan told the Auditor General and his team.”

Dotun Sanusi: A tribute to a social transformer at 51