Ponzi scheme: 60,000 investors in Kaduna demands of their trapped money 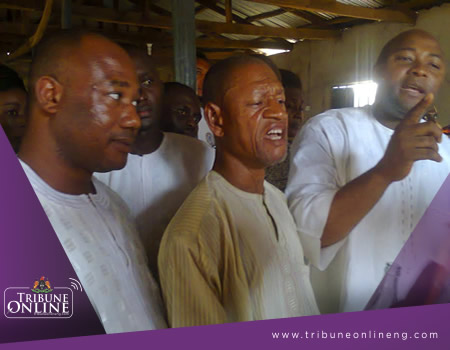 About 60,000  Investors in Kaduna who lodged their money with Cash Flow Global Fund Investment (GFI ) have demanded for immediate disbursement of their N4bn trapped in a bank.

Speaking to newsmen  in Kaduna on behalf of the Group of  investors, the Chairman, Mr Saddat Mahmood said they got to understand that EFCC blocked their money because the manager of the GFI investment, Dr Philemon Ibrahim Gora, did not register with Security and Ex-Change Commission (SEC).

According to him, Gora was operating with over seven billion naira which had exceeded the amount which draws the attention of EFCC.

The investors stressed that they were made to understand that the investigation had been concluded and their names were submitted as a proof that they are the owners of the money.

Mahmood also said that the present Attorney General of the Federation, Malami Abubakar had intervened and directed for the re-opening of the said account.

He said “this shows that the federal government is a government that is sensitive to the sufferings of Nigerians and hoped that all those who are alive and those that are dead will be paid soon.

Also speaking, the Public Relations Officer, Mr Victor Bobai, assured that their dead members whose money were trapped in the Bank will received it through their next of kins.

Bobai stressed any group saying there are representing anybody to get our money are fraudsters.

Buhari nominates 5 for CBN Board