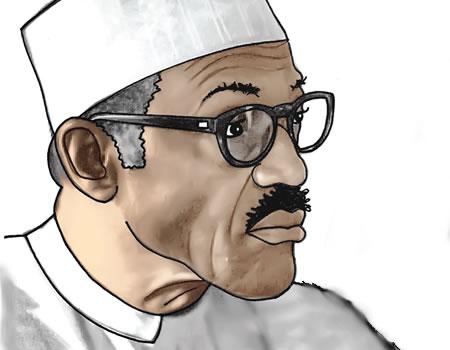 ON Thursday, August 22, President Muhammadu Buhari was in Zaria, Kaduna State, to donate and launch a seven billion naira project at the Ahmadu Bello University, Zaria. As a tradition, the president took time out to visit the Emir of Zazzau’s palace  to pay homage to the number one emir in Kaduna State. In his speech, the president was reported to have said that he had reciprocated quite honourably by giving two sensitive positions to each of the ministerial nominees from Kano and Kaduna states. What could make his cabinet to portray the cliché,  “you clean my back; I rub your palm” is that Mr President actually received the highest number of votes in those states.This remark actually means a lot to political enthusiasts and concerned citizens who sacrificed all odds to participate in the last elections, irrespective of the political party affiliation or region they come from. As a legal practitioner who is undoubtedly abreast of Mr President’s constitutional right to appoint aids that would carry out the goals of your administration, I am firmly convinced that in a sane democratic setting, appointment of cabinet members should be in line with the provisions of the fundamental objectives and directive principles of the state policy.

A painstaking look at the nature of appointments and portfolios assigned by this present administration would leave one in no doubt that people who made the president’s first tenure and current cabinet are folks and allies who either have affiliation with him in the defunct All Nigerians’ Peoples’ Party, ANPP, or his creation, the Congress for Progressive Change, CPC. With every facet of the style of appointment of the President, one cannot but conclude that he is an unrepentant sectionalist. It is an undisputable fact that aside from the ministers appointed from the southern states in 2015, many are based either on affiliation with the moribund political parties which the president has earlier contested or on recommendation but certainly not on merit or competence which is paramount to the development of any developing nation. Lest we forget, in the early-1800s, the United States was engulfed and polarised by sectional war which came with negative effects. What actually led to the war and division between the north and the southern states was sectionalism. This is identification with a secti on of a nation at the expense of other regions.

Prior to the covert but direct confessional statement made by the president, he had always been caught in the web of  appointment unjustifiably based on sheer ethnocentrism and sectionalism. In September 2015 while fielding questions in an interview session with BBC Hausa, he remarked: “ If I select people whom I know quite well in any political party: whom we came all the way right from the All Nigeria’s Peoples’ Party, Congress for Progressive Change and All Progressives Congress, APC, and have remained together in good or bad situation, the people I have confidence in and I can trust them with any post, will that amount to anything wrong?” Here, what Mr President has covertly expressed is sheer sectionalism. It must be clearly stated that the power to create offices or ministries and certain appointment are clearly outlined under section 147 (1) of the constitution. The section states categorically that there shall be such offices of ministers of the government of the federation as may be established by the president. There are two limbs conveyed by this section. The first part is mandatory in nature which makes the president to be duty bound to have ministers.

The second part of the section is discretional. It gives the president the power to determine the number of ministries and number of ministers he deems fit. In the exercise of his discretional power, the president is constitutionally bound to adhere to the provision of section 14(3) of same constitution  to the effect that the composition of the government of the federation or any of its agencies and the conduct of its affairs shall be carried out in such a manner as to reflect the federal character of Nigeria and the need to promote national unity and also to command national loyalty, thereby ensuring that there shall be no predominance of persons from a few states or from a few ethnic or other sectional groups in that government or in any of its agencies. Aside the fact that many have frantically argued against the tenet of federal character entrenched in our constitution, one cannot shy away from the fact that Nigeria is a diverse nation with multiethnic groups, bound by diversity in language and beliefs. Adherence to the tenet of federal character is not based on number of votes cast for the government in power. Rather, it is based on the fact that it breeds fairness, equity and unity among the diverse ethnic groups in Nigeria. It erases the fear of domination and protects the rights of various groups.

I am particularly alarmed by the non-nationalistic gesture of the APC since it came to power. In the United Kingdom where the Prime Minister as the Head of Government is not directly elected by direct vote of the populace, the number of cabinet members is still required to command votes of confidence of the cabinet members. Where he fails to, he is bound to either resign or be removed by the monarch on whose behalf he holds office. Therefore, in the UK, political appointment is not made based on the number of votes given to the party in power but on competence and fair representation of the masses. As an aside to theme of this piece, the political ineptitude of the APC-led administration is evident. In what could be regarded as self-indictment, the presidency before the submission of the names of the last ministerial nominees, ridiculously justified its system of appointment. It was reported that the president wanted to appoint only those he knew and could trust. On a technical look at this statement, one would not but conclude that it further establishes Mr President’s sectionalism.

Cleaning up the NDDC