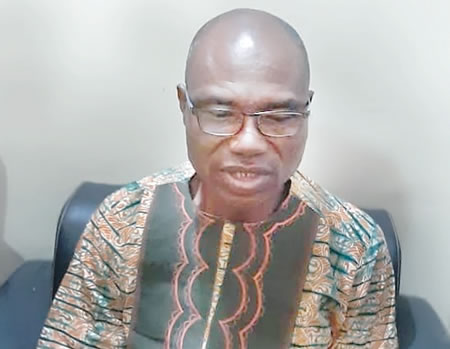 AS a political scientist, how do you think politics should be played in the country?

Politics is both the struggle for power to enable groups or persons to have access to prized resources and privileges. It is the struggle for resources that are regarded as being up for grabs by both individuals and groups. A scholar of politics provides a popular definition of politics as the authoritative allocation of values. In other words, once certain resources or privileges are allocated through the political process, that allocation becomes legally binding on every member of that political community.

Is there any relationship between politics and governance?

Yes, both are intertwined, I guess both reflect each other. Politics reflects governance and governance reflects politics. Governance is a relationship between those who govern and the governed. The nature of that relationship describes a given type of governance. If the nature is one that observes those governed having a say in the decisions that those who govern make, the decisions that affect them, then, you have democratic governance. Usually, if that process begins from the capacity of the governed to choose who governs them. However, beyond choosing, they are able to pursue their interests through from time to time, into policies and decisions, especially decisions taken by those who govern. On the other hand, if it is a politics of domination, this happens under dictatorship.

Do you think the power being sought by Nigerian politicians is being used for the benefit of the people?

There are objective ways to measure the benefits of the use of power. The one that readily comes to mind is infrastructure, the provision of what economists call public goods such as roads, railway transport system, pipe-borne water, refuse disposal and so on.

The reference to politics as a game suggests that there are players who have a prize that they are pursuing, that also suggests that one side will win and the other side will lose. So there will be a winner and a loser like in every game. Politics is about the struggle for power, but as a game in a democratic context, it means that there will be rules, because every game has rules of engagement which help to decide how one side becomes a winner. So, if there are rules of engagement, and if all sides recognise those rules and play by those rules when one side emerges as winner, it will be clear to all and it will be accepted by all and the outcome will be accepted as legitimate, and all other losers, who have accepted the rules of the game and who have also seen that everybody has played by the rules of the game, will accept the outcome. That is when politics can be regarded as being played fairly. Politics is often regarded or seen as a dirty game because players, politicians and their supporters often do not play by the rules of the games.

As regards the elections in Kogi and Bayelsa states, would you say the political system in the country is ideal?

I must confess to you that I didn’t follow what went on. In fact, I didn’t even realise that Saturday, November 16 was the election day because I was elsewhere. It was on Sunday when I was browsing the internet that I came across news and reports about the elections. But I have read reports of violence even before that Saturday, about the positions being keenly contested. There was certainly desperation by different parties, individuals and groups, including the political parties themselves. As I earlier said, politics is a game with its own rules. And in an ideal democratic setting, the rules of engagement enable people to be free to express their opinions, to give the electorate the opportunity to evaluate and decide whether to give them support or vote for them. The electorate should not be coerced to make their choices and choices made should be binding on everybody. But when those seeking power become desperate, using extra-democratic means and instruments, this becomes the reason many people see politics as being a dirty game. See what is going on in the United States, I watched the interaction on the impeachment inquiry of President Donald Trump. There is a cherry picking of facts or what one can regard as selective perception, the same facts are presented and from the Democratic Party, you can immediately know what they regard and accept as facts. Acceptance of fact is a function of morality, it is not a function of what is true, it can be true and still be rejected by somebody depending on the moral status of the person. The United States Ambassador to the European Union who testified is an appointee of President Trump, yet he testified against him unlike some others who would not because of their own beliefs. I have heard one of them say his job is not to serve any political party or individual but to serve the United States of America. These types of persons are driven by certain principles. So, politics is driven by different principles, some of them self-centred, some of them public-centred.

In the Nigerian context, is it possible for politician to declare loyalty to the constitution and not the one who appoints them?

In which areas do you think improvements need to be made as regards Nigerian political system?

We just talked about elections and certain governing principles or provision of services. To know if a government is performing, there are objective criteria such as roads, railway systems, and refuse disposal to look at in order to arrive at a conclusion about performance. It is obvious that anybody can come to conclusion based on how well these things are working.

So would you say that the Nigerian political system is working?

Well, I think you can make that conclusion yourself based on the criteria we’ve just highlighted. I think the answer should be obvious to everybody. I don’t think you will need me to conclude for anybody.

The crack in PDP: Why they want Secondus out