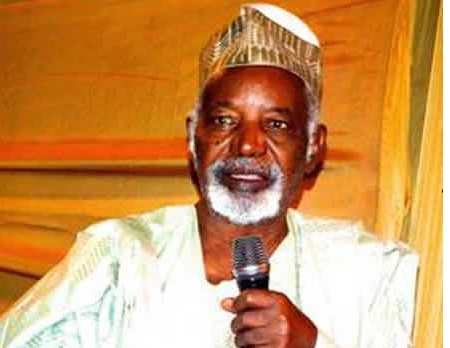 A statesman and former governor of Kaduna State, Alhaji Balarabe Musa, has said that the country’s political landscape has been taken over by selfish politicians.

“Only the alliance of progressive political opposition parties can bail out the country and make the current democracy to succeed”, he said.

Speaking on the theme, “Sustaining the gains of Kwara liberation accomplishment via the vehicle of political idealism”, the former governor said that while politicians of colonial era and first republic ruled with credible leadership and provided selfless service to the people, those that served after them in the second republic to the present time came to milk the nation dry.”

Balarabe Musa, whose speech was delivered at the occasion by his son, Kassim Balarabe Musa, said that “there is no basis of comparison between politicians of the colonial times and the first republic on one hand and the subsequent republics on the other hand. Even though the first republic governance was characterized by semi feudalism and conservatism, there was credible leadership and concern for the people.”

ALSO READ: Obaseki to Oshiomhole: Adhere to protocol in Edo

“There was a standard of public conduct nobody could go below and get away with it. The level of corruption, stealing, waste of public resources among politicians was controllable but during the second republic and after, the level of public conduct gradually became so low that people only feared the balance of terror.

“In the case of corruption, stealing and criminal waste of resources, the level gradually disables governance and the state of the nation became negative in almost all respect but particularly national unity, insecurity, poverty, justice, lack of development, progress, equality between the people and availability of quality education.”

He stated that “the only hope that can restore good governance and make the country progress is the alliance of progressive political opposition parties.”

In his address, Chief Olatokunbo Ajasin, son of the late leader of Afenifere, Chief Adekunle Ajasin, urged Nigerian youths to join party politics and participate actively to give the country the good leadership needed to take the country to a greater height.

Kwara state governor, Abdulrahman Abdulrazaq who was also at the lecture described Chief Olawoyin as a role model that should be emulated by youths.

In his welcome address, John Adegboye, President of Zealous Kwara Youths which organized the lecture described late Chief Olawoyin as a selfless politician who advised General Yakubu Gowon(rtd), former head of state to create more States in the country during a conference of leaders of thought of Northern Nigeria adding that this led to the creation of the first twelve States in Nigeria

Obaseki to Oshiomhole: Adhere to protocol in Edo state