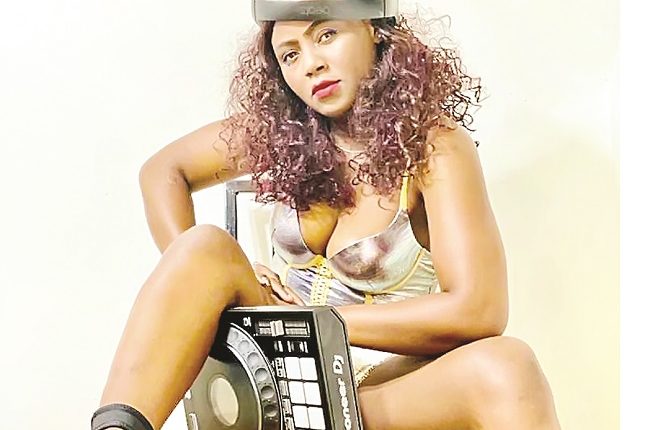 It may be shocking to many seeing a decorated female Nigerian police sergeant mount a party stage as a DJ, but this is what Odiase Selimot Adejoke is generally known for. Now known as DJ Sexy J around entertainment circles, she recently relocated to the United States of America to join her husband. In a recent chat, she told ROTIMI IGE about her love for entertaining, DJing in America, among other topics. Excerpts:

I am a Yoruba woman by tribe but I am married to the love of my life from Edo State. We both live here in the United States of America (USA). I will say I am the first female policewoman to be a DJ.

How I became a police officer

Well, I will say it was a career choice chosen for me by my father. I would have hurt him if I had said I did not like the job because the holy books instruct that we should respect and obey our parents. So, in a nutshell, my father is the reason I became a police officer.

About my selection for a number of peacekeeping missions across Africa

I was just true to myself and my calling all through my days with the Nigeria Police. I carried out my duties and responsibilities when due and diligently as expected of me.  I believe it was my proficiency and dedication to duties that influenced my choice of selection for peacekeeping missions. I was in Sudan from 2010 to 2011, then Mali from 2018 to 2019.

How I became a disc jockey

I had always been a lover of music and entertainment, so it came naturally to me. Professionally, I will say I started mixing on a professional level in 2015. I learnt from the best hands in the business coupled with sheer desire to be an alpha female DJ in the world. It took sheer consistency and focus. I started from DJ Faze then moved to DJ Mase who taught me the nitty gritty of the art. DJ Tee helped me work and master my timing on the turntables.

Why I relocated to the United States of America

I moved to America for the betterment of my life. As a married woman, it is also not wise to be living separately from your husband, so I relocated to join my husband and have no regrets so far. I am not saying one can’t excel living in Nigeria. However, the international exposure my relocation has given me as a DJ is indescribable and on a personal note, it has really helped me to expand my horizon about life and living.

There is no difference really, it’s all about wooing the crowd in the first place. The major differences are the audience; we listen to more of contemporary homegrown music here and a bit of foreign sounds but Americans are beginning to love Afrobeat, especially 80s to 90s Afrobeat music. Reggae is still their first choice when it comes to music.

What makes me unique

I will say my creativity and consistency. Above all, nothing beats seeing a hot lady mixing good music with finesse and proficiency. I am good at what I do so I am different from the rest. I also use my platforms to showcase upcoming acts. I appreciate raw talents and good music. I find joy helping others, that’s how you can get the best out of struggling people when you motivate them by amplifying their little efforts.

I am dropping a new single featuring South Africa-based singer, Kosere, very soon. I have songs in the pipeline with Pepenazi, Slimcase and a host of others too but I am just taking my time. I will update my beloved fans in due course.

No other person than DJ Jimmy Jatt. I adore and love him beyond what words can express.

First of all, you have to be sure the art is your calling. You must love it more than life itself. Keep on trying, do not lose focus. Believe in yourself and above all, be prayerful.