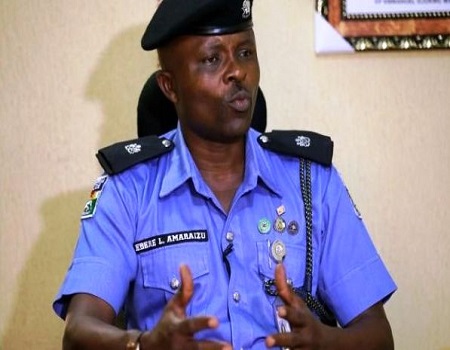 The Nigeria Police on Monday warned students in tertiary institutions to resist the temptation of joining cults and other anti-social groups to avoid unpleasant circumstances.

SP Ebere Amaraizu, the National Coordinator of Police Campaign Against Cultism and Other Vices (POCACOV), gave the warning on Monday during a seminar at the Institute of Management and Technology (IMT), Enugu.

The one-day seminar, which was on “Security and Relationship’’, was organised by the office of the Vice-President of the Students’ Union Government of the institution.

Amaraizu reminded students of the negative consequences of cultism and the dangers of involving themselves in anti-social behaviour.

According to him, cultism has also gradually found its way into our communities.

He said the development was capable of spelling doom for the society and the future of youths.

“However, the Inspector-General of Police, Mr Mohammed Adamu, is committed toward ending the menace of cultism and other vices in our various communities through his invigorated nationwide POCACOV campaign.

“This is not a fight but a strategic campaign aimed at countering these dangerous narratives of cultism and other vices; thereby making our society and community safe as well as saving our youths from the claws of these evils.

‘‘POCACOV programme has been structured in such a manner that it will be diligently deployed in various communities in all the states including the Federal Capital Territory,’’ he said.

Amaraizu, who is also the Enugu State Police Public Relations Officer, advised students to be security conscious in terms of who becomes their friend and the kind of life he or she lives.

‘‘You have to resist the temptation of joining any cult group for whatever reason because it is an ill wind that blows nobody any good.

‘‘You must shun cultism and other vices and become meaningful to yourself and the society,’’ he said.

The highlight of the seminar was the drama presentation by a student group on the dangerous effects of cultism and other vices in our schools and communities.

The News Agency of Nigeria reports that more than 3,000 students, lecturers and administrative staff of the institution attended the seminar.