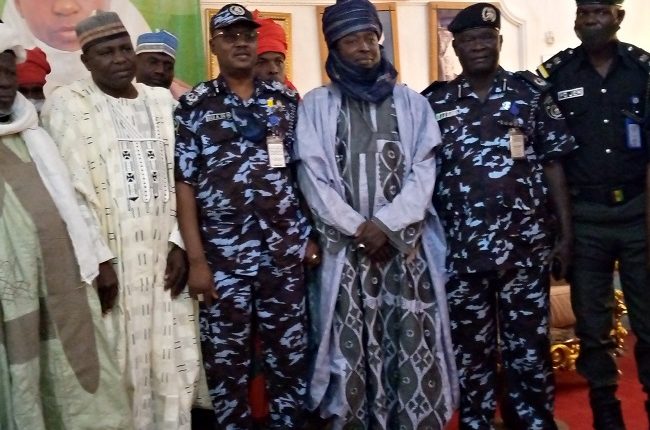 The Nigerian Police Force, Sokoto State Command has assured the people of Sabon Birni and Isa local government areas of its readiness to curtail insecurities in the zone.

The new Commissioner of Police in the state, CP Ali Janga, stated this on Tuesday when he paid a familiarization visit to the two local governments.

He called on all the Community leaders in the two local government areas to encourage their subjects in providing apt and regular information to assist security agencies.

The Commissioner who embarked on the trip six days after resumption in the state alongside newsmen assured that he will use his experience in tackling insecurity not only in the zone but also in the entire state.

“When I resumed here six days ago, after meeting with the state governor and other relevant stakeholders and was briefed about the situation.

“I told myself and my team that I will start my familiarization tour with these two local governments and meet with the leaders and other stakeholders.

“I am assuring you that if you can support us with relevant information, with the assurance I got from the governor and the IGP, we would all smile.”

“Let me also assure you that all your demand is noted and will be forwarded to the appropriate authority for quick response,” he said.

Earlier in his remarks, the district head of “Unguwar” Lalle Community in Sabon Birni, Alhaji Mainasara Saliu, appeals to the Commissioner for more operational vehicles and personnel.

He described the state of operational vehicles in the local government as worrisome, while calling on the CP to come to the aid of the command.

He commended the synergy between the police, Nigerian Army and other security agencies in the local, which he said it helps in reducing insecurities.

He also calls for the deployment of more personnel in addition to the ones on ground to be more effective in combating crime.

Meanwhile, the representative of the District head of Isa, in Isa local government, Mallam Nurudeen Malami, has assured the Commissioner of total cooperation.

He said the people of Isa local government is ready to offer security agencies in the state all necessary support to end banditry and other criminal activities in the state.

The surprise visit made on Friday night by the leaders of the ruling All Progressives Congress (APC) to former President Goodluck Jonathan at his residence in Abuja triggered a stir in the major political camps, resulting in at least four possible theories..Police vow to curtail  Police vow to curtail