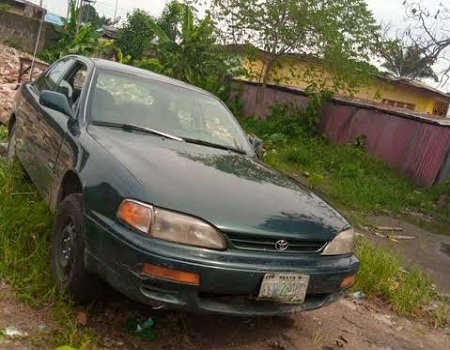 The metallic green-colour Toyota Camry, with registration number EFR 289 DC was recovered by men of the Enerhen Police Division, Warri. along the ever-busy Udu road in Udu Local Government Area.

The car was reportedly abandoned by suspected members of a notorious armed robbery gang after sighting the patrol team from the division at a checkpoint near the Udu bridge.

The robbery gang, on sighting the policemen, reportedly took to their heels and plunged into the Udu river from where they fled into the woods. 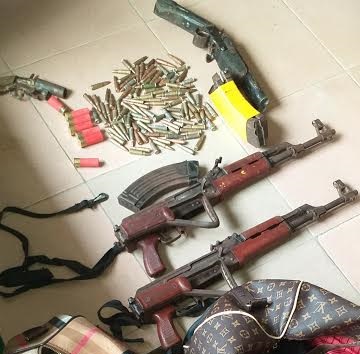 Commissioner of Police, Delta Police Command, Mr Hafiz Inuwa, who confirmed the recovery of the weapons and live ammunition, described the feat as a major one.