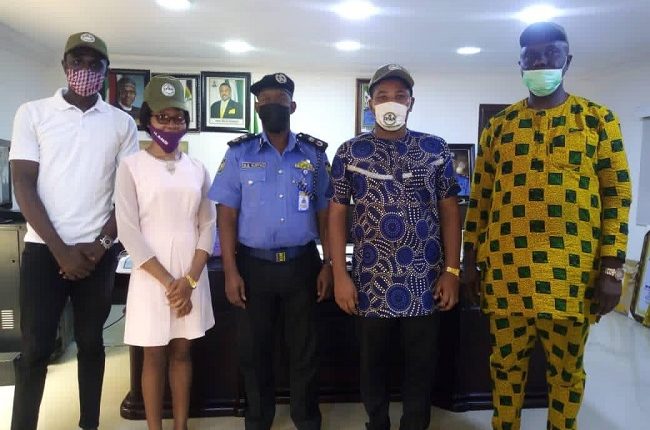 Anambra State Police Command has said they will partner the Igbos for a Progressive Nigeria, (IPAN), to further strengthen the security architecture in the state.

The state Police Commissioner, CP Monday Bala Kuryas, disclosed this when a delegation from IPAN paid him a courtesy visit in his office, Awka, on Monday.

The essence of the meeting was to ascertain various measures to fight insecurity and to harmonise security strategies with the two bodies, Police and IPAN, for adequate security services.

CP assured them of maximum cooperation in their activities of ensuring partnership for the safety of the state.

The leader of the delegation, Comrade Lawrence Onuzulike said security of lives and properties have been the main vision of IPAN.

Comrade Onuzulike regretted the several attacks on uniform men who were discharging their duties diligently.

In his words, “the society cannot operate without law and order and only police and other security agencies provide this order.

“We cannot fold our hands and see our men dying. The security men that give us protection. Now they are not on the roads, there is insecurity and lawlessness.

“We say enough is enough. We must do something. We urge community leaders to rise against this and assist Governor Willie Obiano in securing the state.

“IPAN believes in Nigeria. We believe in the present administration of President Buhari. We want to move Nigeria forward.

“We urge the state government under Governor Willie Obiano not to relent in providing security facilities to the police and other security agencies.

“IPAN also commends the Commissioner of Police for his tireless efforts in making sure Anambra remains the safest state,” Onuzulike noted.

He further announced that IPAN members will hold a protest against the attack on security, warning hoodlums to flee.

The Lagos-Ibadan railway was inaugurated recently for a full paid operation by the Nigerian Railway Corporation after about a year of free test-run. Our reporter joined the train to and fro Lagos from Ibadan and tells his experience in this report…  Police partner IPAN, as group plans protest against hoodlums in Anambra