•As suspected kidnapper turns self in 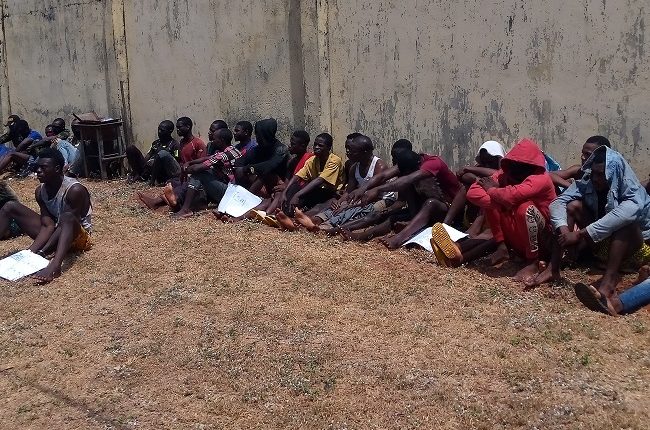 Twenty suspected cultists were among the 31 persons paraded on Wednesday by the Delta State Police Command in Asaba.

The cultists who confessed to being members of the Aro bagger and Ayes confraternity were arrested by police operatives from the command’s anti-cult unit who raided flashpoints in Agbor and Sapele towns in Delta State.

According to him, the other 11 suspects were arrested across the state for various offences including armed robbery, use of unauthorized siren and plate numbers, unlawful possession of firearms, impersonation of military officers and car snatching.

He commended the people of Obiaruku in the Ukwani council area for demonstrating rare bravery that led to the arrest of five suspects in their hideout following the confession of a suspected kidnapper who earlier turned himself in.

He said the kidnapping was still thriving because of the collaboration between natives of the community and strangers with criminal intentions.

“The kidnappers and criminal elements among the herdsmen carry out their kidnapping in collaboration with locals.

“The five suspects are natives of Obiaruku. They collaborate with criminal elements among the herdsmen to kidnap people and collect a ransom.”