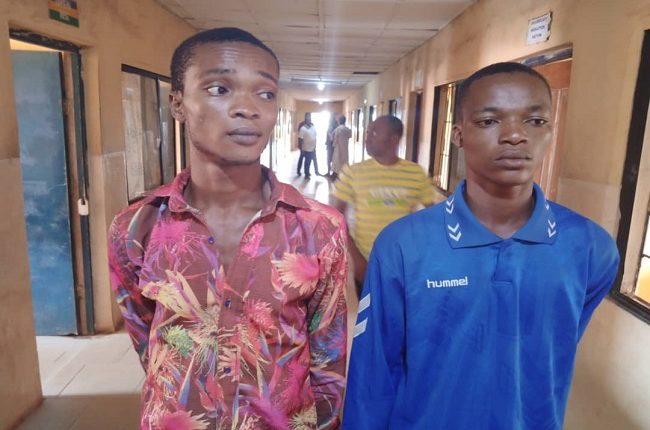 One Michael Azeez (20) and his accomplice, Adeola Ogunseye (22), have been arrested by men of the Ogun State Police Command, over alleged gang-raping of a 14-year-old girl (name withheld).

The suspects were apprehended following a complaint lodged by the mother of the victim at Owode Egba Divisional Headquarters, that the suspects abducted her daughter and had forcefully had carnal knowledge of her.

She said her daughter was found along school road at Owode Egba in Obafemi Owode Local Government Area of the state.

The State Police Public Relations Officer, Abimbola Oyeyemi, in a statement said the DPO of Owode Egba, CSP Matthew Ediae, on the strength of the report swung into action and arrested the suspects.

Oyeyemi, a Deputy Superintendent of Police, said a torn pant was found in the house of the suspects when Police carried out a search.

He added that the victim had been taken to Owode Egba General Hospital for medical treatment.