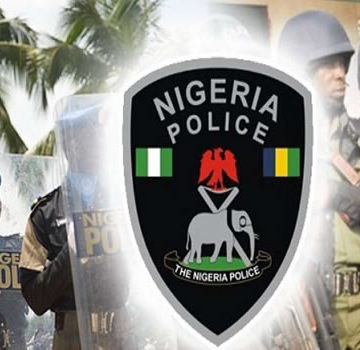 The suspects, one Ikechuckwu Atakpa and his accomplice, one John Osita, both aged twenty-one years were said to have, broken into the residents of one Professor Eric Ofoedu of Nnamdi Azikiwe University and Nweke Friday of Amansea, robbing them of Toyota Camry Car, three laptops, International passport, unspecified Cash and other valuables.

According to the state Police Public Relations Officer, Mr Haruna Mohammed, the exhibits recovered from the suspects include, the Toyota Camry, stolen from the first victim, one fabricated pistol, and 25 cartridges.

Other exhibits are five laptops, two machetes, an International passport belonging to the Professor, a hacksaw, handsets and other accessories.

The PPRO said the suspects who were apprehended by a detachment of the Police Force, have confessed to the crime and are assisting the Police with useful information that could aid investigation after which they would be charged to Court for prosecution.