•‘Strange elements are building houses in our villages’ 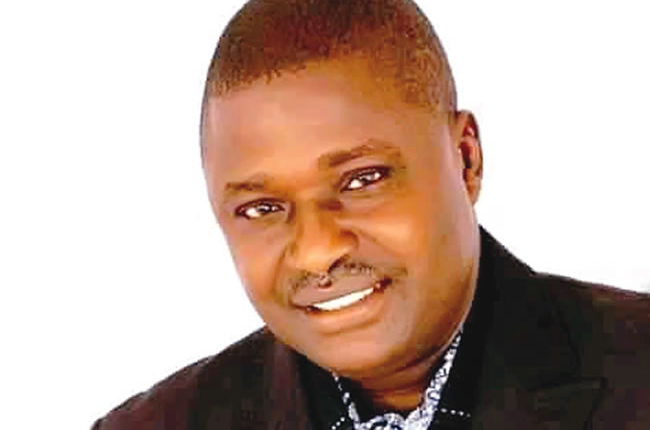 In the past three weeks, no fewer than three traditional rulers have been killed among others in Barakin-Ladi and Riyom local government areas of Plateau State by gunmen suspected to be Fulani herdsmen. ISAAC SHOBAYO speaks with a member of the House of Representatives, representing the two council areas, Hon. Simon Mwadkon on the latest invasion of his constituency and the insecurity in the country. Excerpts:

After months of respite, your constituency is under the siege of gunmen suspected to be Fulani herdsmen again. What is responsible for this?

We are tired of these senseless killings especially in my constituency. While we are still mourning the District Head that was killed in Barakin-Ladi Local Government Area and five others, another traditional ruler was also killed by the rampaging Fulani herdsmen along with five others. All these were unprovoked attacks because there is no basis for such at all. Apart from this, there is destruction of farm lands, the farm lands of over fifty families were completely destroyed, that is in Riyom Local Government alone. In Barakin-Ladi we have about forty families whose farm lands were completely destroyed.  Bedsides destruction of farms and crops, there is incessant killing that have been going on for the past three months and the biggest one is the killing of the District Head of Foron and the acting traditional ruler of Wereng. One cannot explain the basis of these unprovoked attacks. We don’t have a single report of anybody going to attack a herdsman or Fulani but the problem is that each time these people are arrested and handed over to the security agencies, the next thing is that you see them on the streets again, in the villages and in their homes. There are criminal elements that have decided that people will not have peace. There is also an organised group within my constituency that is responsible for this. On several occasions people have pointed accusing fingers at many of them and reported them to the security agencies. People in my constituency have petitioned the security agencies several times that a certain man was responsible for most of the killings, that he is the one harbouring strange elements around Rakum area which they have renamed Mahanga. If you go to that area now you will see new houses and these are strange elements that we don’t know but the problem is that the government and the local government council have not their time to ask who these people are.

Are you saying that the government is not doing anything about this?

As a legislator, the only thing I can do is to tell the chairman of the council and he reports to the governor. I have gone on air several times and spoken against this. There are strange elements coming to build houses within our domain. I am a leader of both Berom and the Fulani, but a in situation whereby one of the ethnic groups which I am representing is harbouring strange elements what do I do? I have asked where are these people coming from? We have reported to the DSS, what have they gathered concerning these people? We don’t know.

Recently, there was controversy in your constituency over re-naming of a community and a school after a Fulani man, what is the current position of things?

That one has been settled. The people of the community on which the school was built had petitioned the office of the SDG which built the school and we have trashed out that matter. The school was built during Covid-19; 12 classes were built within three weeks. When we took them to the office SDG in Abuja, they thought we wanted the school to be demolished but we said no because this is a school where everybody will go and learn and it will be a plus if their children get education because one of the causes of the problem is illiteracy; and as representative of the people I am happy that that school was built. The bone of contention was the renaming of the school and the area. The people of the community said they were not contesting the land with us and all of us agreed that the name of the school should be reverted to its native and original name. The current problem is attack on innocent people going about their legitimate businesses, especially miners and farmers. People are being attacked at mining camps. Two weeks  ago, people at the mining sites in Shon, Werreng, Sharubutu and  Gindiapati  were attacked. The killings are becoming one too many, which means the security agencies are not doing their job. On the killing of the district head, I was told that people reported to the security agencies that there were strange elements in Bichi. The late district head petitioned the STF Commander that he could see strange elements in his area and asked them if they were aware of their presence. We know the Fulani that are living with us. The STF Commander invited him that he should withdraw the petition which he refused. But unfortunately he was killed the day he submitted the petition.

A cross section of the natives perceived the persistent attacks as a plot for land grabbing, do you subscribe to this?

This is land grabbing off course, if people will just come build houses in your area without recourse to the land owner, this is land grabbing. When that school was built and it was renamed, we accused the federal government of aiding land grabbing and government has been denying and now the school was built from the office of the president, which means the president is supporting the Fulani. They changed the name of the school to one Ardo Mamudu. In Plateau State, we are not used to naming institution after personalities but  the question is that what has this Ardo Mamudu done for Plateau to deserve a school being named after him?

What is your position on the statement credited to the security agencies that they are winning the war against insurgency and terrorism in the country?

The truth is that this government is a failed government. If a governor who is the Chief Security officer of a state would be attacked and 18 people killed in his convoy, then nobody is safe. You know Governor Zulum’s standpoint on this Boko Haram, he accused the military of aiding and abetting. There were a strong augments between him and Commander in that area that time, the man said there was no Boko Haram there, if there is no Boko Haram there then who is doing the killings? The commander said there was Boko Haram but they had been dispersed. Also this government said they had given many Boko Haram fighters amnesty and also that they wanted to recruit them into Nigeria Army. You are now giving killers incentives. What about those that their people are being killed? What about the victims, what has government done to the victims? So this insecurity is being fuelled by the government, this government will take care of aggressors. Also the government is playing double standard, it said  Boko Haram people were not Nigerians and  at the same time rehabilitating them whereas  in the first place it said they are not Nigerians. There is something we don’t know but it is only President Buhari that can explain this to us. Who is Boko Haram? If you said they are not Nigerians, why are you rehabilitating them? If you arrest them why not take them back to their countries and expose them to the world that these are citizens of Niger Republic or Mali or wherever you discovered they are coming from? The insecurity is everywhere,  nobody is safe in this country.

Are you saying the military and other agencies prosecuting this Boko Haram insurgency have failed the nation?

Yes they have failed the nation, that act of patriotism is no longer in them. I have said it before that within the security agencies in this country, there are three categories of persons: the first is those who have come to defend their religion and this set of people are in the highest number; the second category are the ones that have come to make money be it Christian or Muslim; give him money he will participate in the killings and the third are the ones that are out to work and defend this country. Unfortunately the third category is in the minority. For us to come out of this problem, the security agencies must purge themselves of all these bad elements, religious bigots. If care is not taken there is that likelihood that this country will breakdown. Nigerians are angry and frustrated, the security has failed. Nigerians have spoken, how can the whole country come out to say these people have failed and said change the service chiefs and you remain adamant. Before now they were playing game with the name ‘unknown gunmen’ until the thing began to swallow the whole country. It is not every Fulani that is behind these dastardly acts, but there are local ones that are aiding these elements, they are our friends whom we have known for years and we don’t know why they are doing this.

In spite of barrage of comments against the plan by the federal government to construct railway from Kano to Niger Republic, it is still bent on carrying on with the project. What is your take on this?

I am surprised that Garba Shehu will come out to say we don’t know our map, that Maradi is a border town between Nigeria and Niger Republic. Maradi is a district capital, is that a border town? That goes to show how insensitive this government is, the question agitating the minds of many Nigerians is: what is the economic viability of this project? Apart from this, most of the executive bills before the National Assembly are not people-oriented; they are the kind of bills that would not bring development to Nigeria. The water bill that was shot down was one of such.