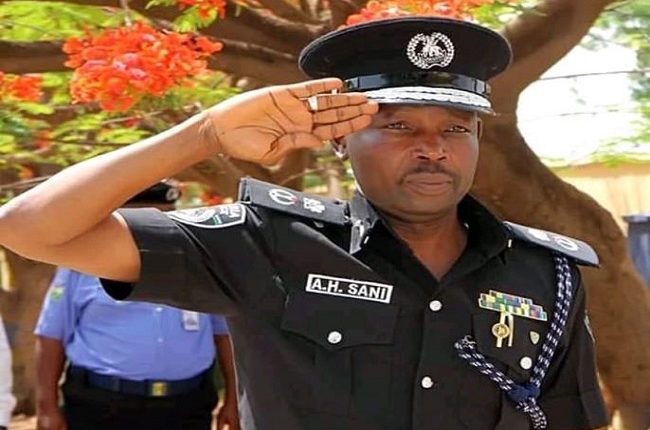 Mr Habu Ahmad, the Police Commissioner in Kano State, has tasked the 252 promoted officers to display a high level of professionalism and commitment in the discharge of their duties.

Ahmad stated this in a statement by Mr Abdullahi Haruna, the spokesman of the Command on Wednesday in Kano.

The statement said the CP gave the task while decorating the newly promoted officers of the command on Tuesday.

Ahmad congratulated the newly promoted officers for their elevation to the new ranks.

He said: “To whom much is given, much is expected,” and stressed the need for the officers to be steadfast and resolute in the discharging of their constitutional roles.

While calling on the people of the state to adhere to the COVID-19 protocols, Ahmad also wished Muslims faithful blissful and peaceful Eid-el-Kabir celebrations.

One of the promoted officers, SP Muktar Sabiu, commended the Inspector General of Police (IGP), Mohammed Adamu, and the Police Service Commission for the gesture.

Sabiu pledged to be committed and dedicated to their duties.

NDDC Contracts: Reps, EFCC, Army, Police Officers, APC Chieftains, Ex-Governors, Others Listed As Beneficiaries
No fewer than 30 members of the House of Representatives are expected to appear before the House Committee on Ethics and Privileges over the allegations bordering on the execution of over N100 billion in the controversial 2018 emergency projects awarded by the Niger Delta Development Commission… Read Full Story
AfDB: Finally, Review Panel Exonerates Adesina
The coast appears finally clear for African Development Bank President, Dr Akinwumi Adesina to be inaugurated for a second term in the office as the independent review panel cleared him of all allegations against him by the United States of America… Read Full Story