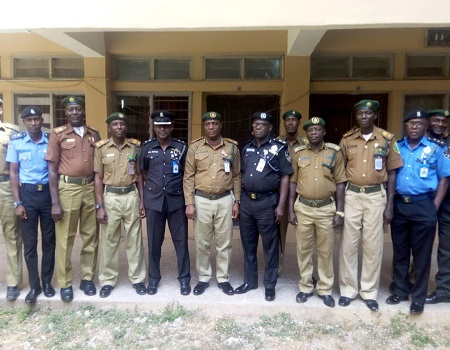 Bauchi State Police Commissioner, Philip Maku has stressed the need for effective collaboration amongst security agencies in the with a view to combating crime.

The Commissioner made this known during a courtesy visit he paid to the Controller of Corrections, Nigerian Correctional Service (NCS), Bauchi State Command in his Office.

He noted that the task of protecting lives and properties is not the duty of the Police alone but a collective responsibility of all describing the Nigerian Correctional Service as a critical partner in the fight against crime in the State.

In his remarks, the Controller of Corrections, Bauchi State Command, Suleiman T. Suleiman commended the CP for the visit describing it as timely and important.

The Controller noted that as stakeholders in the Criminal Justice System, the two agencies must work together towards combating crime and other vices in the society.

He assured the Commissioner of Police of his maximum support towards achieving the desired objective as contained in a statement by Dsc Adam Abubakar Jibrin, Command Public Relations Officer, Nigerian Correctional Service, Bauchi State.