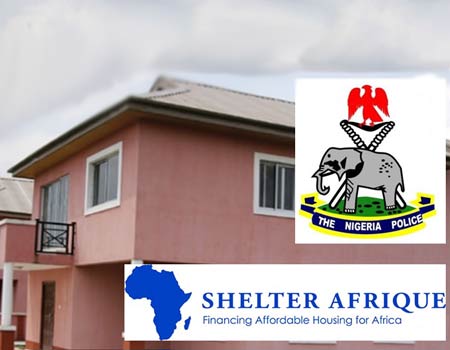 The Inspector-General of Police, Mr Ibrahim Idris, says the Force is partnering with some private developers to provide 25,000 housing units to accommodate its personnel across the country.

Idris made this known while addressing new recruits at the Police Training School (PTS) on Saturday in Sokoto.

“The houses will be provided in partnership with some private developers, including Shelter Afrique, an arm of the African Union. This is part of efforts to address the housing deficit that has been plaguing the Nigerian Police Force for so long.”

“This is also to make barracks across the country more habitable,” IGP said.

According to him, officers and men of the force will be proud owners of these new houses to spring up soon across the country.

“Accommodation is key to motivating the officers and men to be more diligent, patriotic and productive.”

Idris, however, warned the personnel to avoid corruption at all levels, so as to “stay out of trouble”.

He said that all officers, including him, to the rank and file, must shun corruption in all its ramifications.

“We should always be contented with whatever we have, as the little we have will prevent us from running into trouble. Greed and selfish desires will forever push some people to run afoul of the law and often face severe unpalatable consequences. We should always strive to serve and diligently protect Nigerians and not to intimidate or harass them.”

He stated that the force headquarters had set up a special squad to combat the menace of corruption internally.

The IGP further urged the police personnel to seek the understanding of Nigerians, as well as earn and sustain their respect.

He noted that earning the confidence of citizens was the only way they could effectively police over 182 million Nigerians.

Idris promised that facilities at the school would be given desired face-lift.

Earlier, the commandant of the school, Mr Aliyu Saidu said there were 836 recruits currently receiving training in the school.

He commended the IGP for the visit, promising not to compromise standards and discipline in the operations of the school.