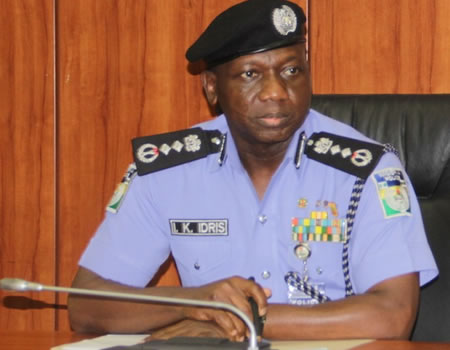 THE Nigeria Police, on Saturday, urged Nigerians to be vigilant, following the report of possible attack on the country by the ISIS terrorists.

The warning came on the heels of the assurance by the Minister of Interior, Major General Abdulraham Dambazzu, that the Federal Government was not treating a report on the matter with levity.

Similarly, the Secretary to the Government of the Federation (SGF), Mr Boss Mustapha, had directed necessary agencies in charge of border security  to be on alert.

On Saturday in Bauchi, the state Police Command directed all Area Commanders and Divisional Police Officers to be on vigilant in order to forestall any security breach.

The directive, according to the PPRO, DSP Kamal Datti Abubakar, was at the instance of the Commissioner of the state Police Command, Sanusi Lemu, following threats by ISIS, and consequent security alert issued by the Federal Government across the country.

“To this effect, both uniform and plain cloth Policemen were deployed to strategic locations to monitor the situation,” the spokesman said.

He added that “the command is working  with sister security agencies and other stakeholders in the state to ensure that the relative peace being enjoy in the state is sustained.”

The Command called on residents public to cooperate with the police and report any suspicious person on to the Police station.

On its part, the state government disclosed that it was collaborating with the security agencies to ensure protection of lives and properties of residents of the state.

A government official, who craved anonymity, said that since the report was received following the arrests made in the state, government has not relented in ensuring that all criminals were promptly  handed over to the security agencies.

He appealed to residents to volunteer useful information to security agencies assuring that such would  be treated with urgency and importance.

The official assured that the government was fully committed to ensuring that the state remained peaceful and crime-free, particularly as political activities hot up towards the 2019 general election.