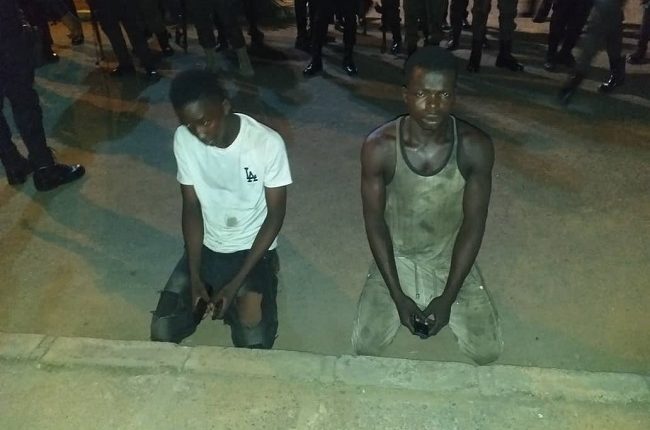 Two suspected members of the Awawa cult group have been arrested by men of the Lagos State Police Command.

This was contained in a statement signed by the spokesperson of the state command, Muyiwa Adejobi and made available to the Nigerian Tribune.

Adejobi also said that the police foiled an attempted in-traffic robbery operation on the Otedola Bridge along the Lagos-Ibadan Expressway.

Adejobi also stated that “in compliance with the directive of the Commissioner of Police, Lagos State, CP Hakeem Odumosu, the raid on suspected hideouts and black spots across the state, particularly in Agege and its environs, was part of the proactive strategies to minimize crime in Lagos State.

In the same vein, a team of the Rapid Response Squad led by CSP Yinka Egbeyemi, Commander RRS, had foiled traffic robbery on Friday 18th December 2020.

The team ran into the suspected armed robbers around 11:00 p.m. at Otedola Bridge inward Ojota.

The robbers hurriedly abandoned their motorcycle, with registration number, NND 268 WZ, a toy gun and some dangerous weapons.

The Commissioner of Police, Lagos State, has ordered for an immediate investigation of the suspects while reiterating his commitment to getting Lagos State rid of criminals and hoodlums.

Odumosu also admonished members of the public to be sensitive to their environment and be alive to their civic responsibility towards maintenance of law and order and public safety of the state.